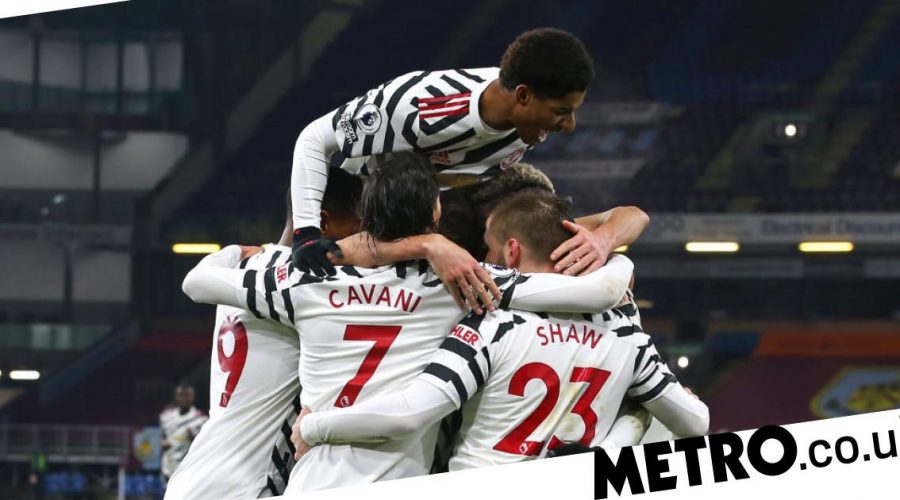 Sports minister Nigel Huddlestone has warned footballers to get on board with tough new covid-related protocols after players from the likes of Manchester United and Sheffield United appeared to flout the Premier League’s stricter advice on Tuesday.

Following the scenes which accompanied the FA Cup ties at Marine and Chorley over the weekend, the authorities have been urged to clamp down on any unnecessary contact between players. As a consequence, substitutes are now required to wear face masks, while hugging, hand shaking and shirt swapping has been discouraged.

All three ‘offences’ were committed last night as Manchester United beat Burnley at Turf Moor to move three points clear at the top of the Premier League table, while Chris Wilder’s Blades finally earned their first win of a torrid campaign at the 18th attempt.

Premier League chief executive Richard Masters has written to clubs to ‘stress the critical importance of adhering’ to strengthened Covid protocols and referred to the ‘concerning’ events of the last week.

Those sentiments were echoed by Huddlestone, who wrote on Twitter: ‘Everyone in the country has had to change the way they interact with people and ways of working.

‘Footballers are no exception. Covid secure guidelines exist for football. Footballers must follow them and football authorities enforce them – strictly.’

United’s players leapt on one another following Paul Pogba’s decisive goal last night and although manager Ole Gunnar Solskjaer insisted he would remind his players of the conduct they must display, he admitted the new rules will take some getting used to.

He said: ‘It’s an emotional game but we have to understand the players when they celebrate. But we also understand the concern nowadays for a bit of less emotions and less hugging but it’s difficult because football it brings out the best and the worst in you.

‘Of course when you score you want to celebrate with your teammates. We will do our best to keep with the guidelines of course we will because we I think we all want football to carry on safely

‘I think mentally for many people it’s a relief but we understand the situation that the country is in.’

Those sentiments were largely echoed by Wilder, whose side had made the worst ever start to a Premier League season but finally ended their long wait for a victory thanks to Billy Sharp’s late penalty against Newcastle.

‘We’ve talked before about the country looking at us but it is an emotional game on the pitch and on the touchline,’ the Sheffield United manager said. ‘It is unnatural and unreal [not to celebrate].

‘How can they not? They are team-mates and I don’t see any way they can just walk back to the halfway line and show no emotion after what they’ve been through for a long period.’