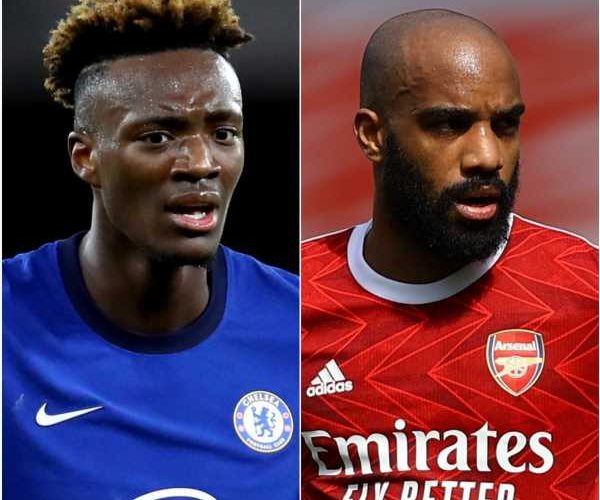 What the papers say

Arsenal will be willing to part ways with Alexandre Lacazette for just £15million as the club look to free up funds to sign Tammy Abraham, according to the Daily Mirror The Gunners are said to be ready to match Abraham’s Chelsea wage demands and value the striker at around £40million.

The paper also reports that Hector Bellerin could be on his way out of the Premier League side with the Mirror saying the right-back has emerged as a target for Inter Milan.

Chelsea will look to reinforce their firepower by bringing back former striker Romelu Lukaku over the summer, the Daily Express writes. The Blues may struggle to land the Belgian international from Inter, however, as he is said to be settled at the Serie A outfit.

The Stamford Bridge side are also looking to hijack Manchester City’s interest in Jack Grealish having identified a striker as a key target, the Daily Mirror says. Thomas Tuchel is also said to have Erling Haaland and Robert Lewandowski on the shortlist.

Manchester United are closing in on a deal to sign France defender Raphael Varane from Real Madrid with a £42million fee offered, reports Spanish daily Marca.

Manuel Locatelli: Juventus are seeking to pip Arsenal to the signing of  Sassuolo’s 23-year-old Italy midfielder, the Mirror reports.

Kalidou Koulibaly: The long-time Manchester City target is rumoured to be subject of interest from Paris St Germain, according to Corriere dello Sport.

Isco: Real Madrid will not be renewing the contract of the 29-year-old and the playmaker will be free to leave next summer, AS writes.

July 26, 2021 Soccer Comments Off on Football rumours: Alexandre Lacazette out and Tammy Abraham in at Arsenal
NFL News