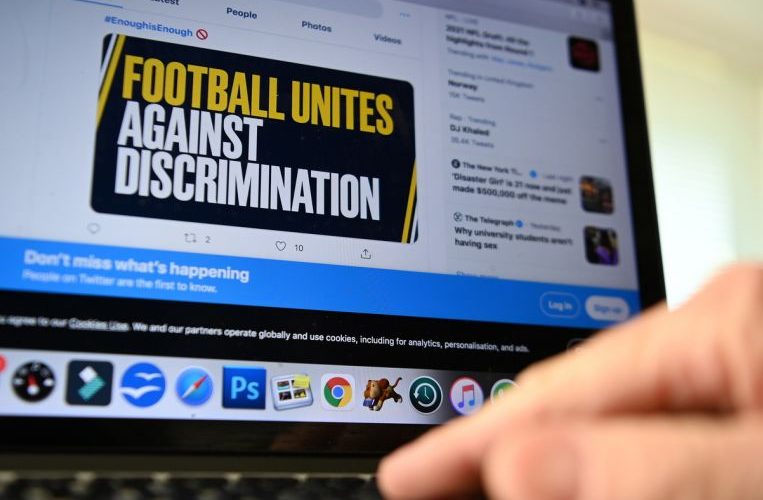 LONDON (REUTERS) – Twitter’s response to abuse directed at football players on its platform has been absolutely unacceptable, the Professional Footballers’ Association (PFA) said ahead of a four-day social media blackout to highlight the problem.

England’s football bodies are set to boycott social media from 3pm local time (10pm SGT) on Friday (April 30) to 11.59 pm on Monday in response to continued online racist abuse of players, with the campaign also receiving backing from a host of other sporting bodies, including Uefa and Fifa.

The PFA, which represents players in England and Wales, said it had conducted an investigation which showed that 31 out of 56 discriminatory and abusive messages reported to Twitter in November were still visible.

The PFA also said it had provided Twitter with a list of another 18 tweets that included targeted, extreme, racist abuse directed at players, with 15 of them still live.

“While the platforms repeatedly stress that they are doing all they can to combat online abuse, extreme racist abuse remains visible on Twitter five months after we provided them with clear evidence of abusive content.

“For people to believe that social networks are taking this issue seriously, we need to see them addressing the issue and finding solutions.”

In February, English football bodies sent an open letter to Facebook and Twitter, urging blocking and swift takedowns of offensive posts, as well as an improved verification process for users.

Twitter said it remained committed to the fight against racism.

“Racist behaviour, abuse and harassment have absolutely no place on our service,” a Twitter spokesman told Sky Sports.

“Since the season started, there have been over 30 million Tweets from people in the UK about football. In that time we have removed over 7,000 in the UK that were targeting the football conversation with violations of the Twitter Rules.

“We have worked to improve our proactive measures… and also provided expedited reporting channels to our football partners to ensure any potentially violative content is reviewed and actioned swiftly.”