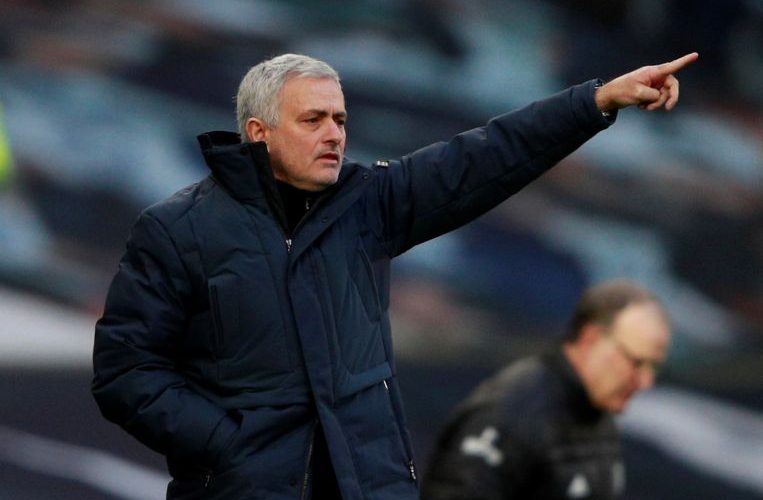 LONDON (REUTERS) – No more Premier League games should be postponed because of Covid-19 outbreaks if the English football season is to finish on schedule, according to Tottenham Hotspur manager Jose Mourinho.

He called England’s top flight “unprofessional” after Tottenham’s home game against Fulham was postponed on Dec 30 after a Covid-19 outbreak in the Fulham ranks.

His side will host Fulham on Wednesday (Jan 13) – a fixture slotted in at short notice after Tottenham’s clash with Aston Villa was postponed after rising Covid cases at Villa.

Fulham manager Scott Parker said being given only 48 hours’ notice to prepare for the game was “scandalous” but Mourinho suggests clubs need to get on with it and stop being selfish.

“Do we want to have a champion at the end of the season, a Cup winner, with relegation, with Europe or not?

“If we are all very selfish and want the perfect situation for ourselves it’s going to be very difficult for the Premier League to make it amazing for everyone, that’s obvious.”

Mourinho had scant sympathy for Fulham too, saying he expected them to be able to field a full-strength team.

“We’ve played 11 more matches than Fulham this season, we have played three games every week, in one week four. Fulham played Saturday against QPR in London, they have Sunday, Monday, Tuesday to prepare.

“If they come tomorrow with half the team, I will be the first to apologise and say we played with an advantage. If they come with their best team, I think they should apologise to us.

Sign up for our daily updates here and get the latest news delivered to your inbox.

Get The Straits Times app and receive breaking news alerts and more. Download from the Apple App Store or Google Play Store now.

January 13, 2021 Soccer Comments Off on Football: No more games should be postponed over Covid-19, says Tottenham boss Mourinho
NFL News