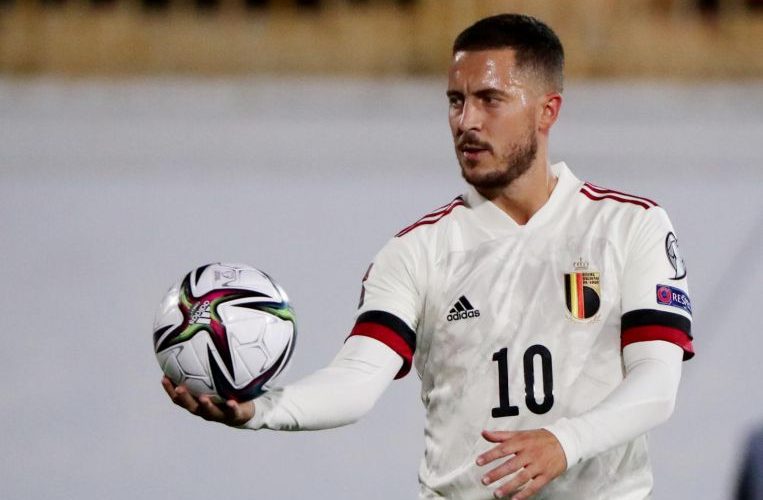 KAZAN, RUSSIA (REUTERS) – Belgium captain Eden Hazard is getting closer to his top form and could be a key player next month in the Nations League finals, said coach Roberto Martinez.

The attacking midfielder has been beset by injuries, notably ankle problems, since moving to Real Madrid from Chelsea and spent some 18 months without international football, going into the European Championship in June without form or fitness.

But after appearing as a second-half substitute for Belgium on Wednesday (Sept 8), as they laboured to a 1-0 win over Belarus in Kazan and moved closer to World Cup qualification, Martinez said his skipper looked as if he was “happy and pain-free” and “enjoying being on the pitch again”.

“Eden is ready to make a real impact in the coming weeks and months,” Martinez told reporters. “Against the Czech Republic he broke all the past stats – it was the best Eden I’ve seen since November 2019.”

Belgium, top of the Fifa rankings, beat Estonia 5-2 last week and the Czech Republic 3-0 on Sunday in their previous two qualifiers.

On Wednesday they were without suspended Romelu Lukaku and Jan Vertonghen and elected to spare Thibaut Courtois, Yannick Carrasco and Axel Witsel the long trip to Russia, where Belarus were forced to host the game because of sanctions.

“The fact that Eden wanted to come here, that he wanted to travel this far, knowing he couldn’t play 90 minutes, shows that Eden is back on every level,” Martinez added.

“He also wanted to be our captain and leader against Belarus. Well, that proves Eden is mentally ready.”

Belgium next compete in the Nations League finals in Italy, where they take on world champions France in their semi-final in Turin on Oct 7. They will then play either Italy or Spain in the final or third-place playoff on Oct 10.

Their next World Cup qualifier is against Estonia on Nov 13.

September 9, 2021 Soccer Comments Off on Football: Hazard getting back to his best, says Belgium coach
NFL News