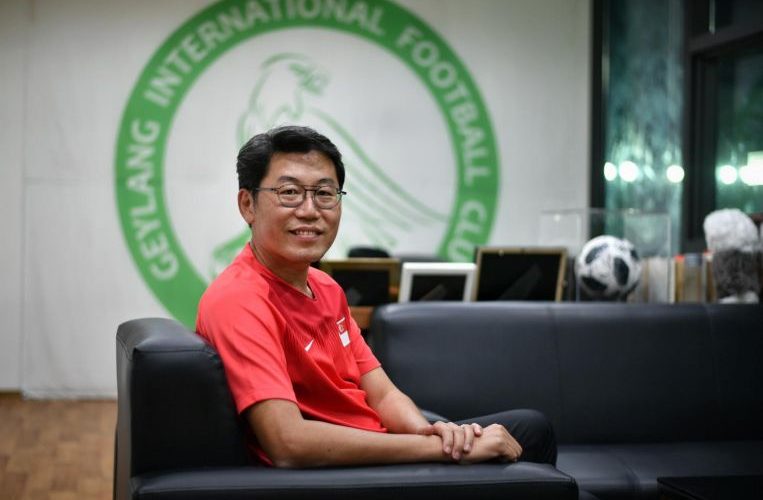 SINGAPORE – Ben Teng may be about to relinquish his role as adviser to Singapore Premier League (SPL) club Geylang International, but the incoming Football Association of Singapore (FAS) vice-president still holds the SPL close to his heart and is determined to help it grow in his upcoming four-year term.

Of these, former Geylang chairman Teng and ex-Singapore internationals Lewis and Goh are new additions to the team.

The remaining six members of the 15-strong FAS council will be elected from eight candidates.

As the only female candidate, Julie Teo makes the council as the FAS constitution states there must be at least one female council member, leaving Ashley Arriola, Harman Ali, Lim Tong Hai, Darwin Jalil, Rizal Rasudin, Zaki Ma’arof and Romzi Damiri to vie for the five remaining positions on an individual basis.

Aside from the SPL, the council will be tasked with steering the government’s “Unleash the Roar!” project to lift Singapore football standards with the goal of getting the national team to the 2034 World Cup.

Teng, a 47-year-old businessman, wants to help build the SPL into a “modern, competitive and sustainable” competition with more clubs than the current eight.

He said: “The SPL and the professional clubs are the nucleus of local football’s ecosystem.”

To build the base and increase the pool of young footballers, Teng said there must be a “clear and transparent pathway” developed for them to make a “decent living” and that will in turn, improve the qualify of the Lions.

Teng also feels that the historic privatisation of Lion City Sailors has paved the way for the SPL to be run in a similar fashion.

He hopes his experience and contacts in the corporate and football world, having served as Eagles chairman from 2015 to 2019, will help in this area.

Teng added that if they can make the SPL “more interesting and entertaining” and deliver value to commercial partners, they can then pay footballers better. “It will then be easier to convince parents that football is a viable career for their children which, I believe, is our ultimate objective,” he added.

Former Lions midfielder and 2004 AFF Football Championship winner Goh also feels it is time to make bold changes. The 47-year-old Asia-Pacific market director of a renewable hydrogen energy storage company was a trailblazer in his playing days as he was one of a rare breed of local footballers who was also a university graduate.

Noting that he is an example to “debunk the myth that if you play football, your academics will be compromised”, Goh said they need to “create an ecosystem to allow kids to play regularly and be exposed to quality life coaching”.

He also hopes to advocate for more technical skills training at youth level, bringing in quality coaches – including life coaches – as well as quality competitions to expose youth footballers to higher standards.

Goh also wants to create a safety net for local footballers, which is something former international teammate Lewis is also passionate about.

The 38-year-old former goalkeeper, who won Asean titles in 2004 and 2007 and was an Asian Footballer of the Year nominee in 2006, hopes to implement an SPL regulation such that all players who sign at the start of the season get minimum 12-month contracts, instead of 11- month deals that some clubs offer.

Lim welcomed the trio into the fray and said: “Ben is a trusted and committed team player whose experience in the commercial world and success in managing Geylang justify his inclusion.

“Tat Chuan and Lionel are brilliant role models of how they could play football at a high level while making great strides in their educational pursuits as highly mature individuals.

“They will be strong vehicles in Singapore football’s drive towards the destinations of the national football project for 2034”.