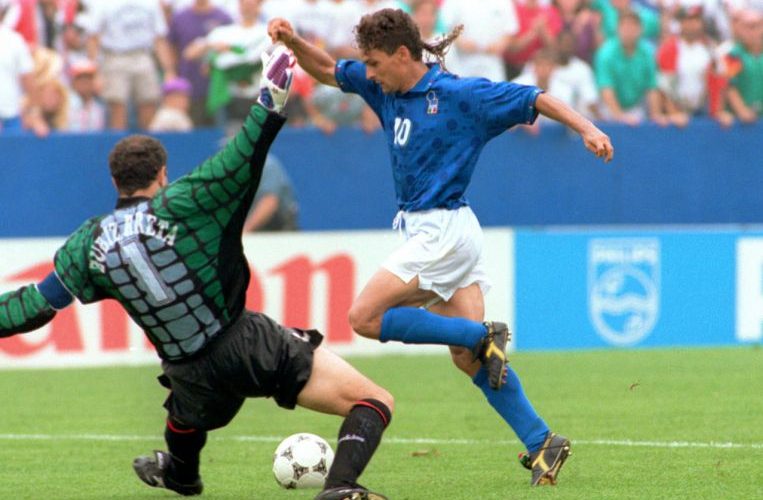 LONDON (AFP) – Italy and Spain will face off at a fourth consecutive European Championship when they meet in Tuesday’s (July 6) semi-final at Wembley.

Ahead of that game AFP Sports looks at five of the best past encounters between the nations:

The first meeting of the teams at a World Cup came in 1934, when hosts Italy won 1-0 in a quarter-final replay on the way to lifting the trophy.

Sixty years later they met at the World Cup in the United States, again at the quarter-final stage. At the time Spain were seen as the great underachievers in international football but they fancied their chances against Arrigo Sacchi’s Italy in Foxborough, Massachusetts.

Dino Baggio gave Italy a 25th-minute lead before controversy struck early in the second half when Luis Enrique – the current Spain coach – went down in the box holding his face. An elbow from Mauro Tassotti left him bloodied and with a broken nose.

Jose Luis Caminero equalised for Spain but Roberto Baggio’s late effort took Italy through as they went on to lose the final on penalties to Brazil. Tassotti was not punished for the elbow at the time but was later given an eight-match ban.

Spain had lost in their previous five quarter-final appearances at major tournaments coming into their clash with Italy, the reigning world champions, in Vienna in 2008.

Without the suspended Andrea Pirlo and Gennaro Gattuso, Italy held Spain at arm’s length all the way to the end of extra time. After a goalless 120 minutes they went to penalties where Iker Casillas saved from Daniele De Rossi and Antonio Di Natale.

Cesc Fabregas converted the decisive spot-kick as Spain made it beyond the last eight at a major tournament for the first time since losing the Euro 1984 final. They went on to beat Germany 1-0 in the final and begin their era of domination.

After adding the 2010 World Cup to the European Championship they had won in Austria, Spain went to Ukraine and Poland for Euro 2012 looking to claim a historic hat-trick.

Their campaign started against Italy in Gdansk as the sides played out a 1-1 draw, Fabregas cancelling out Di Natale’s opener. Vicente del Bosque’s Spain went on top their group before beating France and then overcoming Portugal on penalties to reach the final.

Waiting for them in Kiev were Italy, who defeated England on penalties in the last eight and then Germany in the semi-finals.

They were blown away by a brilliant Spanish side, with David Silva and Jordi Alba scoring in the first half and late goals by Fernando Torres and Juan Mata completing the rout as Spain were champions of Europe again.

Italy’s reward for topping their Euro 2016 group ahead of Belgium was another meeting with Spain and a chance to gain revenge for that mauling in Kiev.

The Italians had also endured a miserable 2014 World Cup in Brazil, going out in the group stage, but they were now a different proposition under Antonio Conte. Spain, meanwhile, were on the way down having also gone out in the first round in Brazil.

In front of more than 76,000 at the Stade de France, Italy came out on top as Giorgio Chiellini put them in front and Gianluigi Buffon held Spain at bay before Graziano Pelle sealed the win.

The most recent meeting of the sides came in Madrid in September 2017 when Spain triumphed 3-0 in qualifying for the World Cup in Russia with Isco scoring twice and Alvaro Morata adding the third.

The sides had drawn 1-1 in Turin a year earlier and Spain’s win here effectively secured first place and qualification.

Italy had to settle for a play-off, which they lost to Sweden to miss out on a World Cup for the first time since 1958.