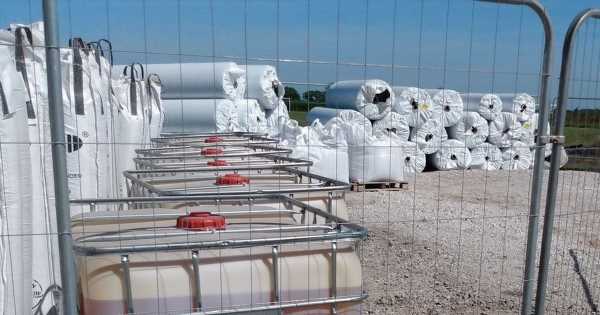 A football club has been left in disbelief after their pitch was stolen by brazen thieves overnight.

Seventh-tier Derbyshire club Mickleover FC were midway through the £750,000 renovation of their ground, installing a pitch carpet at the Don Amott Arena.

But CCTV captured thieves breaking into the ground on Station Road in west Derby, once at 11pm on Tuesday and against at 3am on Wednesday.

It is a big blow to Mickleover as the ground revamp was part of a renovation three years in the planning as Derby Women FC and several junior teams use the facility.

While it has also pushed back plans of their grand re-opening on 19 July, having not played since the end of October as they played 10 games to lead the Norther Premier League Premier Division

Chairman Dom Amott said following the incident: “The news overnight of this theft is a devastating blow to the football club.

“All of the people who work around the club are volunteers who give up their personal time to help a local community club.

“We will come back from this stronger and look forward to celebrating with the local community once the project is completed.”

"[After] two years of hard work to provide the brilliant facility for the club and the community, I could cry.

"We will survive this, I promise, and finish this wonderful project."

Contractors J.Pugh Lewis are insured for the cost of replacement artificial grass, which means that the project can continued with a delayed finish.

But Derbyshire Police have also released a statement saying: “Officers investigating the theft of half of Mickleover Football Club’s artificial pitch are appealing for information to help their enquiries.

“The 11 rolls of specialist turf were stolen at around 3.30am this morning (23 June) from the ground in Station Road.

“Anyone with information is asked to contact Derbyshire police using any of the below methods, including reference 21*348632:

July 3, 2021 Soccer Comments Off on Football club in disbelief as pitch gets stolen by brazen thieves overnight
NFL News