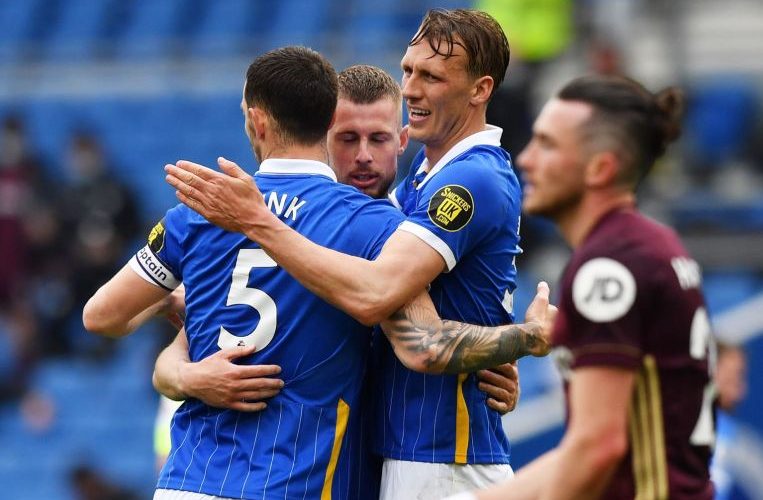 BRIGHTON, ENGLAND (REUTERS) – Goals from Pascal Gross and Danny Welbeck guided Brighton and Hove Albion to a 2-0 victory over Leeds United in the Premier League on Saturday (May 1) as Graham Potter’s side took a huge step towards securing their top-flight status.

With four games remaining, Brighton – aiming to secure a fifth straight season in the top division – have provisionally climbed up to 14th in the league table on 37 points, 10 clear of the relegation zone.

“We have put ourselves in a good position,” Danny Welbeck told BBC. “With the squad we’ve got we should be aiming higher. We want to finish the season strongly.”

The hosts made a bright start at the Amex Stadium and were rewarded through a Gross penalty in the 14th minute after Welbeck was brought down by Leeds full back Ezgjan Alioski inside the box.

Brighton’s attacking trio of Welbeck, Leandro Trossard and Neal Maupay squandered a number of chances to extend their advantage before Welbeck popped up with a crucial second goal in the 79th minute.

The England international produced a sublime piece of skill to control the ball inside the box before firing it into the bottom corner for his third goal in six matches.

“Danny Welbeck has that quality. He has fantastic attributes as a player and a person,” Potter told BBC.

“It was one of our best performances. You have to match Leeds for their effort and honesty and I felt we did that really well.”

Marcelo Bielsa’s Leeds dominated the ball possession but lacked fluency going forward. Stuart Dallas’ volley with 15 minutes remaining was as close as they came to an equaliser.

“I think we found it pretty difficult to play against their formation,” Leeds winger Jack Harrison told Amazon Prime.

“They were solid in defence and made it difficult for us. Credit to them, they were very organised.”

Defeat for the Yorkshire club brought an end to their six-game unbeaten run in the competition as they remained ninth in the table with 47 points.

May 1, 2021 Soccer Comments Off on Football: Brighton beat Leeds to all but secure Premier League safety
NFL News