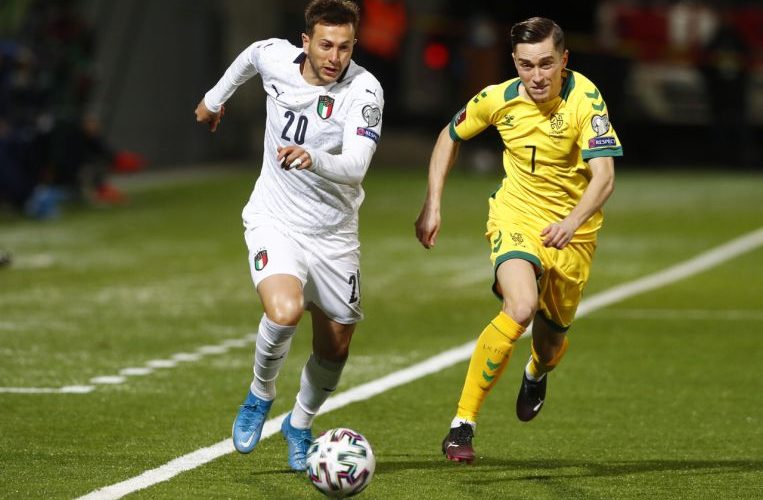 (REUTERS) – Juventus forward Federico Bernardeschi has become the sixth Italy player to test positive for Covid-19 since the international break, the Serie A champions said in a statement on Tuesday (April 6).

There are growing concerns over the number of cases among the Italy squad, who played three World Cup qualifiers in the last two weeks.

Bernardeschi, who is in isolation and asymptomatic, follows Cagliari goalkeeper Alessio Cragno and Paris Saint-Germain defender Alessandro Florenzi as players to have contracted the virus, after their positive results were revealed on Monday.

Bernardeschi is the second Juve player to go into isolation after Leonardo Bonucci also contracted the virus, while Torino said on Monday that an unnamed player had tested positive there as well.

As a precaution, Serie A side Sassuolo have left Italy players Gian Marco Ferrari, Manuel Locatelli, Domenico Berardi and Francesco Caputo out of the squad for Saturday’s league game against Roma.

Italy has registered more than 110,000 deaths linked to Covid-19 since February last year, the second-highest toll in Europe after Britain, with hundreds dying each day according to recent data.