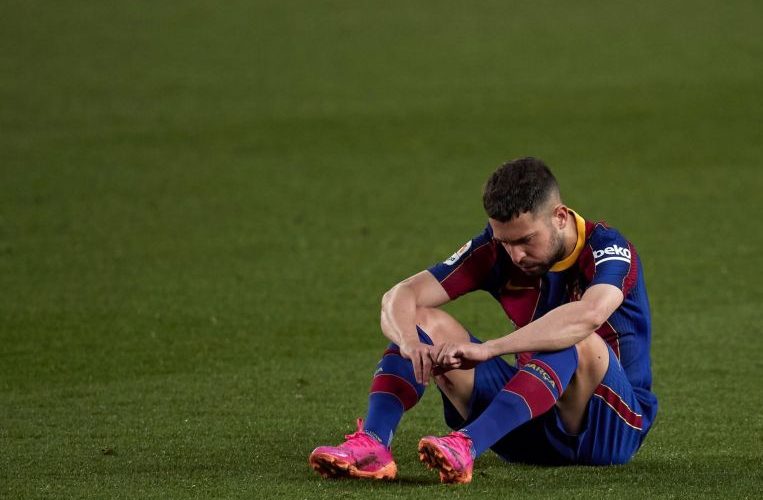 MADRID (AFP) – Barcelona spurned the chance to go top of the table on Thursday (April 29) as a shock 2-1 defeat by Granada added another twist to La Liga’s most unpredictable title race in years.

Barca could have taken control at the top by moving a point ahead of Atletico Madrid but Granada came from behind to snatch a stunning win at Camp Nou, in what will be a huge boost to the other title contenders.

Lionel Messi scored his 33rd goal of the season to put Barcelona in front but they failed to put the result beyond doubt and Granada hit back, Darwin Machis driving in and Jorge Molina’s header completing a remarkable turnaround.

Defeat means Barca took nothing from their game in hand except disappointment, which might be difficult to shake ahead of two crunch games now away at Valencia and at home to Atletico Madrid.

They stay third, level on points with Real Madrid, as Atletico retain their two-point advantage at the top, while Sevilla in fourth remain just three points off first.

“It’s a huge blow, we’re disappointed,” said Ronald Koeman. “We switched off at the back. We left spaces we had to close.”

Any of the four contenders could be crowned champions next month, with all of the top three squandering opportunities to take charge in the last week.

Real Madrid were held to a goalless draw by Real Betis on Saturday before Atletico failed to take advantage as they were beaten by Athletic Bilbao.

Those results opened the door to Barcelona, but now they too have stumbled.

“We no longer have it in our hands,” said Barca defender Jordi Alba. “We have to finish these games off.”

Granada’s victory adds another significant chapter to what has been an incredible season for Diego Martinez’s side, who were promoted from Spain’s second tier only two years ago.

They reached the Europa League quarter-finals earlier this month only to be beaten by Manchester United and now sit eighth in La Liga, with European qualification not yet out of sight.

“It was a titanic effort from the players,” said Martinez. “It’s an epic night for the club.”

It started well for Barcelona, who pulled in front in the 23rd minute, a delightful turn and pass by Antoine Griezmann allowing Messi to drive into the far corner from the angle.

The chances were there for a second, the best of them falling to Sergi Roberto, who volleyed over a cut-back from Frenkie de Jong, but Granada remained in touch.

Roberto Soldado might have equalised had he not opted to pass instead of shoot and then Machis did, latching onto a superb pass by Luis Suarez and finishing past Marc-Andre ter Stegen.

Koeman was sent to the stands for his protests and Gerard Pique almost turned in a Griezmann ball to the front post, after Messi’s free-kick had spun wide off the wall.

Instead, Granada came again, more good work from Suarez in midfield allowing Adrian Marin to cross into the box, where Molina did brilliantly to dip his head and glance the ball into the far corner.