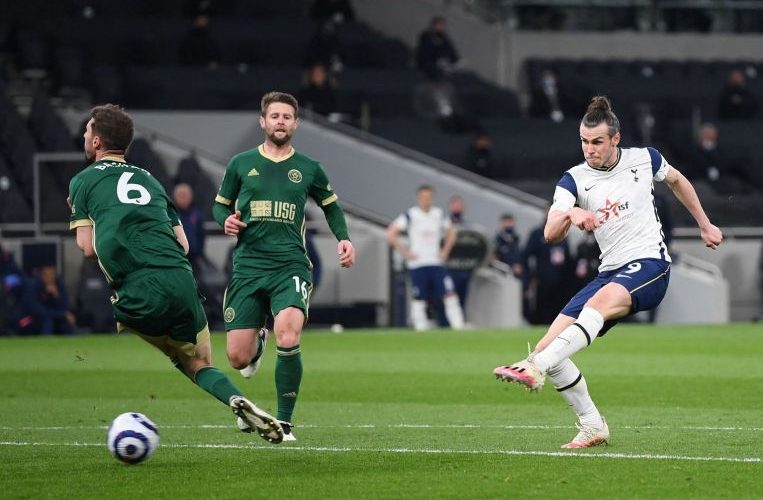 LONDON (REUTERS) – Gareth Bale’s stunning hat-trick earned Tottenham Hotspur a 4-0 win over relegated Sheffield United to keep them in the hunt for a top-four finish in the Premier League on Sunday (May 2).

The Welshman, on loan from Real Madrid, opened the scoring in the 36th minute with a clever flick.

He doubled the lead just past the hour mark with a stylish finish into the top corner – his 50th Premier League goal.

Bale then made it 3-0 shortly afterwards when he drilled another left-footed effort low into the corner.

Son Heung-min, who earlier had a goal disallowed, produced a trademark effort to complete the rout.

Tottenham’s second league win under interim manager Ryan Mason lifted them above Liverpool and West Ham United into fifth place in the standings with 56 points, five behind Chelsea, with four games remaining.