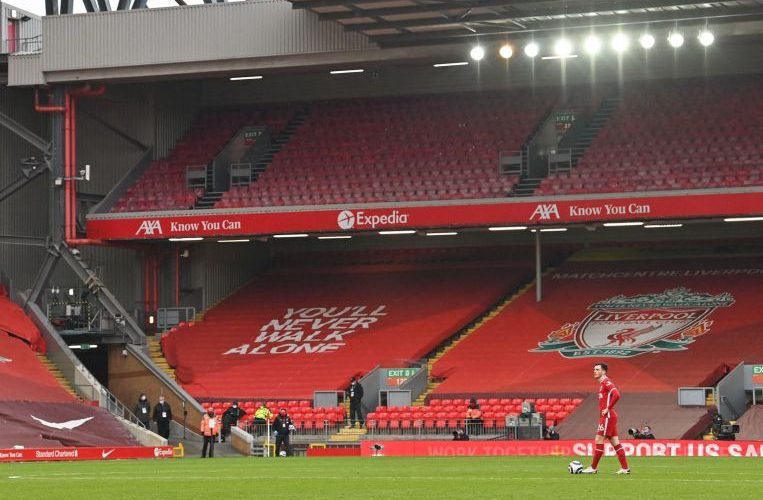 (REUTERS) – Real Madrid will benefit more than Liverpool from the absence of fans in their Champions League quarter-final, said Rafa Benitez.

Liverpool face Madrid in Spain later on Tuesday (April 6) before next week’s return fixture at Anfield, where the Merseyside club have struggled in the Premier League this season, with matches taking place without fans due to the Covid-19 pandemic.

Benitez, who managed Liverpool from 2004 to 2010 and had a short spell at Madrid, said it was crucial the English side get a goal in the first leg.

“If they do this then Real have to attack in the second game at Anfield and will then be more exposed in defence,” the Spaniard wrote in his column for The Times.

“When I was manager of Liverpool in 2008-09, we went to the Bernabeu and won 1-0. We knew the next game at Anfield would be important with the supporters. We pressed them from the first minute and scored early before winning 4-0.

“The absence of fans would help Real this time.”

Benitez said that the key to the game would be the tempo.

“If Liverpool can operate with aggression in the middle of the pitch they can make it difficult for Real, who normally do not attack with the speed of Liverpool,” he said.

“Real are precise when they pass and will want to keep the ball. But if they go to the final third, they will be dangerous because they can score different types of goals.

“(Luka) Modric and (Toni) Kroos are quick-thinking players and if they keep the ball, they can find (Karim) Benzema. But if Liverpool can stop Kroos and Modric playing, denying them the chance to pass to the Frenchman, Real will have problems.”