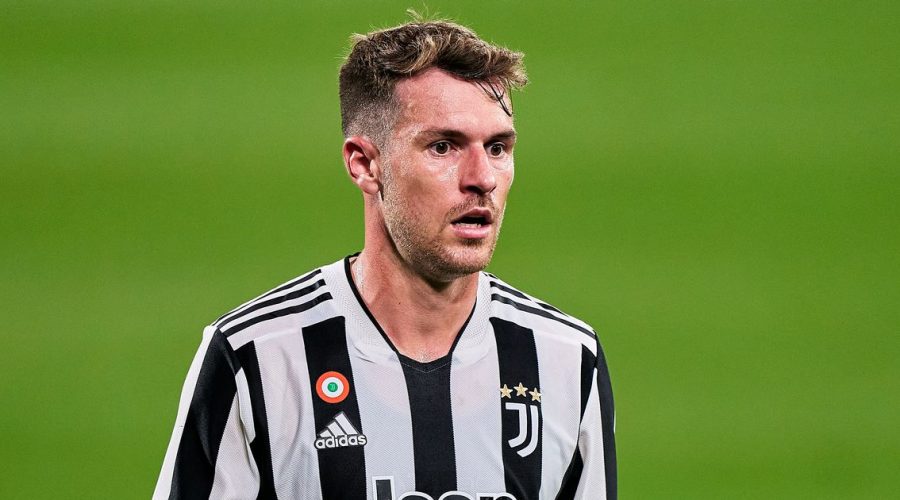 Aaron Ramsey is set to finally get his wish for a Juventus exit in January after Massimiliano Allegri confirmed that the Welshman was set to be "an outgoing player" this month.

Ramsey penned a big-bucks contract with the Italian giants back in 2019 after running down his contract at Arsenal.

But the midfielder, who has played just five times this season, could be set for a return to the Premier League after Juve chief Allegri confirmed on Tuesday that Ramsey is set to depart the Serie A side now the transfer window has reopened.

“Ramsey is back after he left for some work in a different manner in England," Allegri said. “However, he is an outgoing player."

Following Allegri's confirmation on Ramsey's future, Daily Star Sport takes a look at five clubs who could offer the 31-year-old a career lifeline to rebound from his injury-hit spell stint in Italy…

Given that Ramsey spent over a decade in north London before he moved to Juventus, a move back to the Emirates could appeal to the Cardiff City academy graduate.

The Gunners appear to be in the market for a midfielder this month with recent reports linking them with a shock loan move for ex-Liverpool ace Gini Wijnaldum.

With Thomas Partey and Mohamed Elneny set to jet off for the Africa Cup of Nations, a short-term deal for Ramsey would bolster Mikel Arteta's squad for their bid to secure a top-four finish and bring Champions League football back to the club.

But Ramsey's bloated salary could turn Arsenal off the idea of a romantic reunion with their former midfield maestro.

Where do you think Ramsey will end up this month? Let us know in the comments section.

Crystal Palace have emerged as the surprise frontrunners to thrash out a deal for Ramsey in recent days.

The south Londoners are enjoying life under new boss Patrick Vieira this term and look to be free from any relegation worries at the back end of the season.

Palace invested heavily on new recruits in the summer to overhaul an ageing playing squad.

But with a host of young stars driving Vieira's team forward this year, the opportunity to add a high-quality veteran like Ramsey could be too hard for Palace to turn down if the opportunity arises in January.

Ramsey's huge wages might deter some of his suitors, but that isn't likely to be the case for Everton.

The Toffees have splashed the cash since Farhad Moshiri started investing in the club a few years ago.

Unfortunately for Everton, and Moshiri, that approach hasn't really brought them any success.

Current boss Rafa Benitez is under huge pressure at Goodison Park following a shoddy start to the season and the Spaniard is desperate to bring in quality reinforcements this month.

A deal for Ramsey would certainly fit the bill.

Newcastle became the wealthiest club in the world back in October when their £305million Saudi-backed takeover was given the green light by the Premier League.

The Magpies have already opened their chequebook this month with a £12m deal for England right-back Kieran Trippier on the verge of being rubber-stamped.

But Newcastle are unlikely to stop there given that Eddie Howe's side are at risk of dropping out of the Premier League.

Ramsey has already been linked with a move to Newcastle in recent weeks, and the new Toon hierarchy would have no problem in taking on his eye-watering weekly wage.

West Ham are in the market for reinforcements after a stunning season so far under David Moyes.

The Scot has guided the Hammers into the upper reaches of the Premier League table and will be keen to bolster his squad to ensure their strong campaign doesn't fizzle out in the New Year.

With additional funds available, a move for someone of Ramsey's calibre should be a no-brainer for Moyes as he bids to secure a second consecutive season of European football for the Londoners.