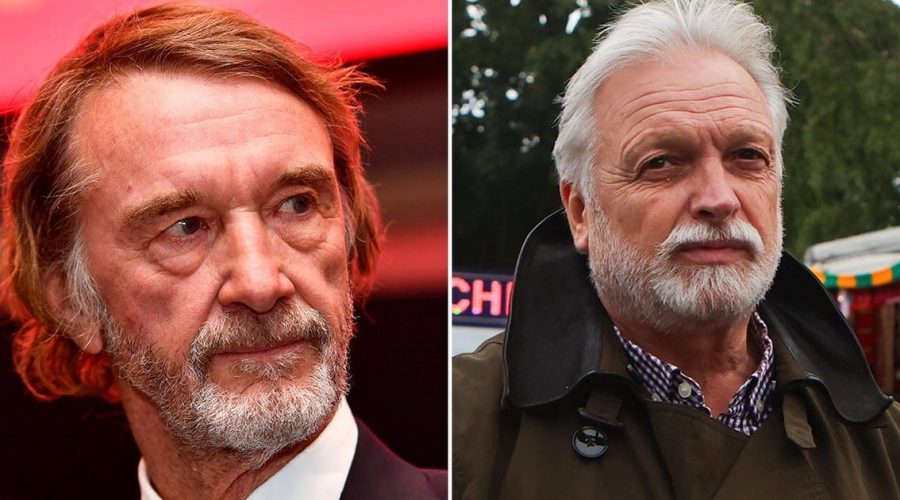 Manchester United owners the Glazers are exploring sale opportunities while seeking new investment in the club – but the list of potential buyers is reasonably slim.

With Sir Jim Ratcliffe and Michael Knighton among those heavily linked with takeover bids in the past, other billionaires such as Red Bull's Mark Mateschitz might well enquire.

Daily Star Sport have taken a look at five new potential owners of the Premier League juggernauts, whom the Glazer claim have 1.1 billion fans and followers.

As recently as October, Sir Jim Ratcliffe confirmed that he had a meeting with Joel and Avram Glazer having previously outlined interest in buying the club.

"Manchester United is owned by the Glazer family. I have met Joel and Avram. They are the nicest people, I have to say, proper gentlemen," he said at a Financial Times event.

Although they didn't want to sell up the time with Ratcliffe having looked at Chelsea, he now has his chance with a net worth of £10.9billion.

Man Utd fans, who do you want as your new owner? Tell us in the comments section below

Rupert Murdoch might look to redeem his failed bid to purchase United back in 1998 by assuming a majority stake now the Glazers are looking to sell up.

The executive chairman of News Corp, which owns News UK, was said to be overseeing a deal worth more than £500m in order buy United, which fell through.

However, it is important to note that United fans didn't take well to his interest in buying the club at the time – which would likely be the case again.

Michael Knighton said last month that his takeover bid of United was moving ahead as planned, following his failed purchase attempt way back in 1999.

In a tweet, he explained: "Thank you ALL for the wonderful messages of support. There is much going on behind the scenes. Things are moving forward as planned."

Businessman Knighton is looking to front a consortium with plans to takeover and revamp Old Trafford, having slammed the dividends taken by the Glazers.

Following the passing of Red Bull founder and owner Dietrich Mateschitz, his son Mark is the richest millennial in Europe with a 49% company stake.

Although his father had no interest in taking over a Premier League club having purchased several growing teams, Mark might just have other ideas.

Dietrich had a net worth of an estimated £22bn at the time of his passing – but fans might not fancy being called Red Bull Manchester United anytime soon.

United could well follow in the footsteps of PSG, Manchester City and Newcastle United by becoming state-run should the Glazers sell all of their shares.

With PSG owned by Qatari backers, the Abu Dhabi United Group own 78% of City with the Public Investment Fund of Saudi Arabia in charge of Newcastle.

With those three clubs being the richest on the planet, United supporters might well have torn opinions of what it entails amid ongoing criticism.