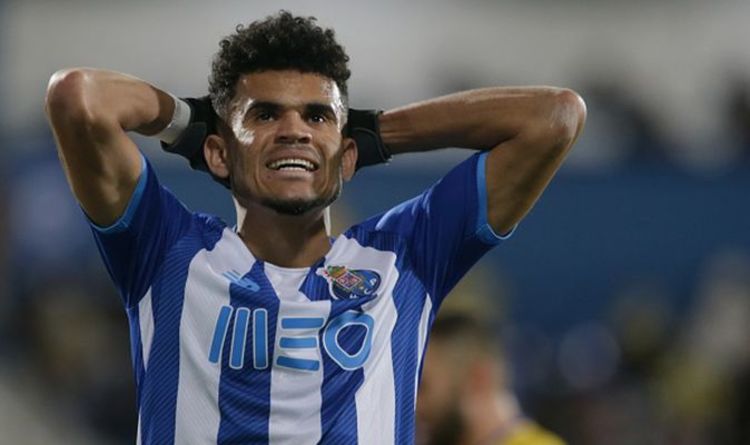 Liverpool had a quiet summer transfer window six months ago, only bringing in Ibrahima Konate from RB Leipzig to bolster Jurgen Klopp’s options in defence. However, the January window could be a different story, with several players set to leave on free contracts at the end of the season.

Liverpool could make a number of signings in January as Klopp looks to keep up with Manchester City in the Premier League title race.

The Reds opted not to find a midfield replacement for Gini Wijnadldum after he departed for PSG on a free transfer, but they have looked short at times in that department.

Meanwhile, the absence of Mohamed Salah and Sadio Mane at the Africa Cup of Nations is yet to be felt, but could certainly prove to be an issue over the next month or so.

Here, Express Sport takes a look at six players that Liverpool could afford and sign in the current January transfer window.

KV Oostende midfielder Kenny Rocha Santos is the latest player to be linked with a move to Liverpool.

Currently being on duty at AFCON with Cape Verde, Rocha Santos has remained in the spotlight, earning man of the in the opening win against Ethiopia on Sunday.

Belgian outlet Voetbalflitsen.be claim that the Reds, along with Feyenoord and Porto, are weighing up a possible move this month.

And Rocha Santos, 22, would cost as little as £8.3million due to his lack of experience in Europe’s big leagues.

Following his bust-up with Lazio boss Maurizio Sarri, it looks very likely that Serbian midfielder Milinkovic-Savic could be on the move this summer.

Manchester United are thought to be leading the race, but Liverpool have also been credited with interest.

Klopp is thought to be on the lookout for reinforcements in midfield, and could be smart to spring a surprise on his rivals by launching a January bid for Milinkovic-Savic.

The player Liverpool have been linked with most strongly this month, it looks as though it is genuinely possible that Diaz could be on his way to Anfield.

It will be something of a bank-breaker, with Porto looking for interested parties to pay his full £67m release clause.

Still only 24, this would be an investment for many years to come, and there is no doubting that Liverpool can afford him thanks to their quiet summer.

But Klopp has always urged caution over big-money moves, so this one could wait until the summer when there is more time to figure out the deal.

Barcelona winger Dembele is yet to sign a new contract at the Nou Camp, so technically he is available for free right now.

The Frenchman, who cost Barca around £135m five years ago, has seen his time in Catalonia be hampered by injuries and some poor form.

But there is no denying that under the right guidance, the 2018 World Cup could be one of the most scintillating players on the planet.

His wage demands would likely be pretty excessive, but with Salah’s future looking uncertain, Dembele could be the perfect long-term replacement.

With Divock Origi looking set to leave the club in the summer, Liverpool are on the lookout for a new striker.

Zenit St. Petersburg’s Sardar Azmoun is one man who has been linked with filling the Origi-shaped gap, with rumours of the Reds’ interest dating back years.

Lyon are also said to be keen on the Iranian, but had a £3.3m bid rejected recently, and have been told to up their offer.

That would still represent a bargain for a club as big as Liverpool, with Serdar averaging well over a goal every other game in recent seasons.

January 12, 2022 Soccer Comments Off on Five players Liverpool can afford and could sign in January transfer window
NFL News