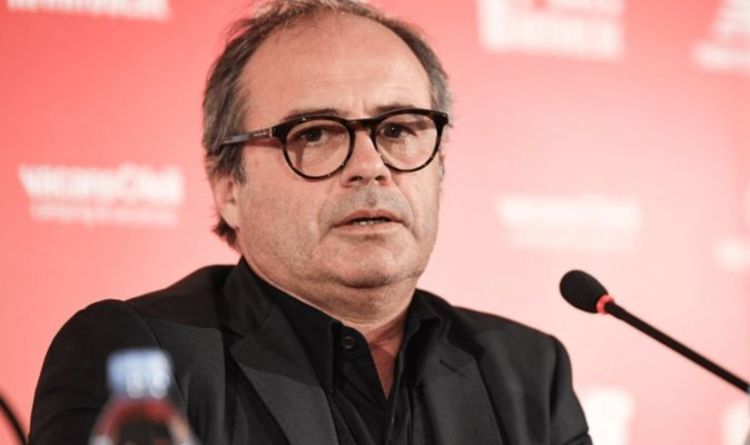 Manchester United and Newcastle are in two very different stages at this point in the season, although in some way they are very similar. Man Utd are facing a crisis to avoid going into decline, whilst Newcastle have recently been injected with copious amounts of cash to try to get them back to their glory days.

A director of football is needed at both clubs, and ex-Lille and Monaco man Luis Campos has been linked. Express Sport takes a look at five of the best players he helped develop at the French duo.

Manchester United could do with a Fabinho-style midfielder, that’s for certain.

Having joined Liverpool from Monaco – where Campos brought him to the French side – in 2018 the Brazilian has proved himself as one of the top defensive midfielders in the world.

And with United leaking goals recently following no presence in the engine room, Campos’ knowledge could prove pivotal to the Red Devils.

Martial’s arrival in Manchester as a 19-year old was met with scepticism by the press.

He instantly impressed in Manchester, and to date has 79 goals in 265 games for Ole Gunnar Solskjaer’s men.

And if Campos is to join the Red Devils, he could well find the next Martial (who he initially signed for Monaco) – this time for much cheaper.

When rumours of Newcastle’s takeover initially swept the nation, links for Mbappe were rife.

Campos was at Monaco before Mbappe arrived, but he managed to convince the star to stay before eventually making £166m when he was eventually sold to PSG.

That amount of profit would set both clubs up for a huge future, regardless of their riches.

Silva joined Man City from Monaco as a relative unknown, with doubts over his talents after failing to even break into the Portugal national team in their Euro 2016 triumph.

His move to City and subsequent work under Pep Guardiola has much improved the midfielder, having been awarded City’s Player of the Year in 2019.

And finding world-class talents such as Silva for a relatively cheap price of £43m would instill belief into the camps at either side.

Osimhen’s move to Napoli from Lille sums up the talent that Campos possesses.

Signing from Wolfsburg for a princely sum of £20m as a 20-year-old was deemed a decent bit of business.

Yet after one season, his sale to Napoli for £50m gave Les Dogues the money needed to win the Ligue 1 title.

November 19, 2021 Soccer Comments Off on Five of the best players unearthed by Luis Campos amid Newcastle and Man Utd links
NFL News