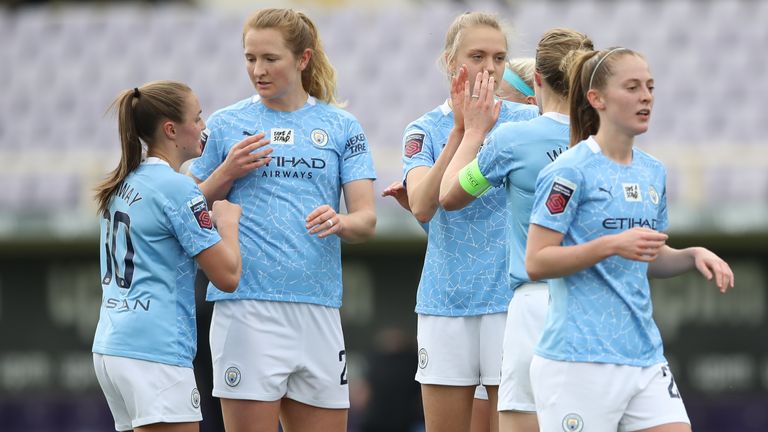 Goals from Sam Mewis (2), Ellen White (2) and Caroline Weir gave City easy passage into Champions League quarter-finals; Gareth Taylor’s side are looking to win the competition for the first time 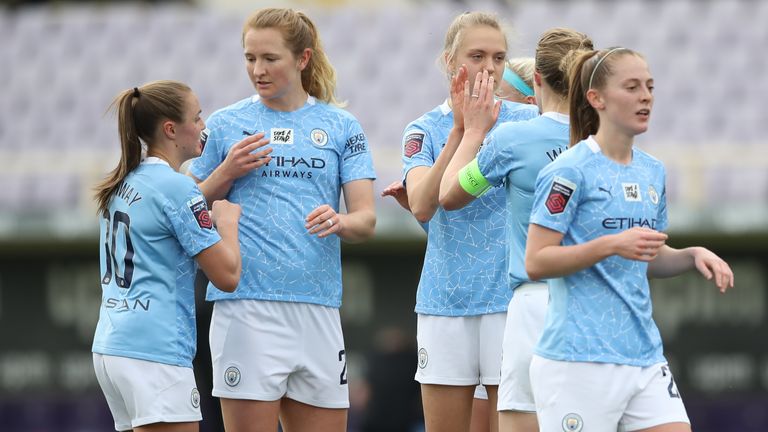 Manchester City advanced to the Women’s Champions League quarter-finals in comprehensive fashion as they thrashed Fiorentina 5-0 to seal an 8-0 victory on aggregate.

Gareth Taylor’s side had scored three times by just past the half-hour mark at the Stadio Artemio Franchi in Florence, with Ellen White netting twice, either side of Caroline Weir’s penalty.

Substitute Sam Mewis added two goals of her own after the break as City joined Chelsea in the last eight ahead of Friday’s draw for both the quarter and semi-finals.

Taylor made five changes from Sunday’s 1-0 win over Everton with Steph Houghton and Lucy Bronze missing from the squad as a precaution. 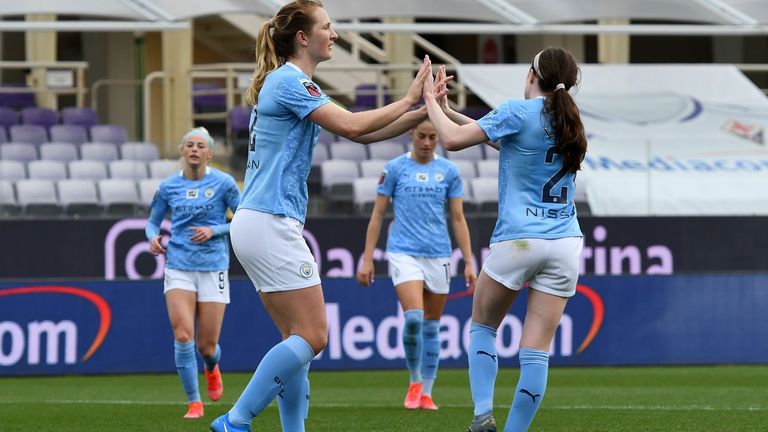 It took City little time, eight days on from the 3-0 first-leg victory, to extend the advantage over a Fiorentina outfit currently lying sixth in the Italian top flight.

White struck into the corner of the net in the eighth minute following Georgia Stanway’s pass and a touch from Lauren Hemp.

After Fiorentina’s Lana Clelland brought a save out of Karima Benameur Taieb with a firm shot, City’s second of the day then arrived in the 18th minute. Martina Zanoli was judged guilty of handball and Clelland’s fellow Scotland international Weir confidently converted the resulting spot-kick. 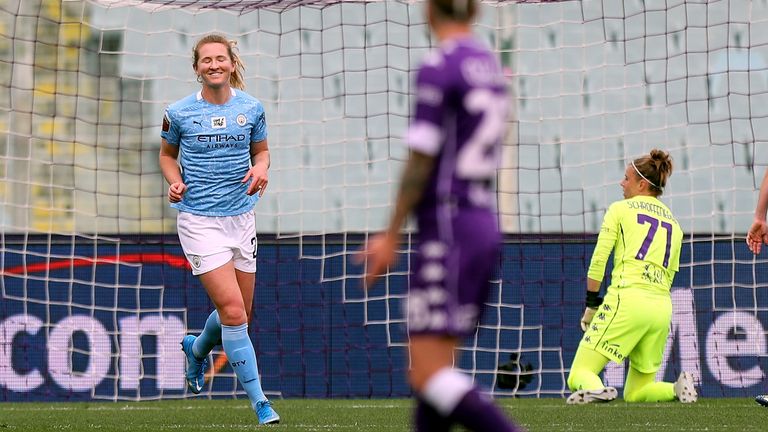 Hemp then pounced on Greta Adami’s misplaced pass in the 32nd minute and crossed to White, who finished from close range.

Sara Baldi had a chance to pull a goal back just before the interval but saw her shot go narrowly wide.

Taylor brought on Chloe Kelly and Mewis at half-time and, after the former curled a shot over and White struck off-target, Mewis showed more accuracy moments later as she stroked the ball past Schroffenegger on the hour mark for 4-0.

United States midfielder Mewis then grabbed her second with 12 minutes of normal time remaining, firing in having been teed up by Kelly.