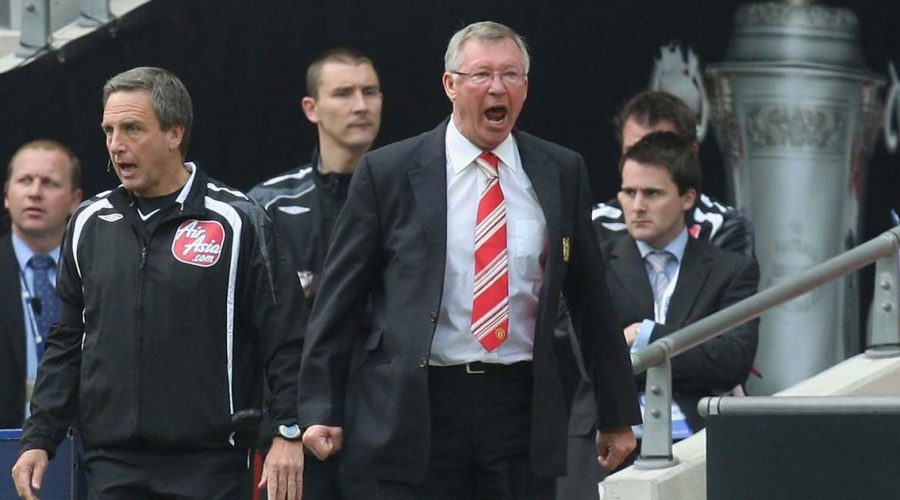 Legendary Manchester United manager Sir Alex Ferguson reportedly branded one of the club’s wonderkids a “f****** idiot” after he discovered the player drove a flash car.

Mads Timm was promoted to United’s senior team in 2000, making one appearance in the Champions League before returning to his native Denmark in 2006.

The striker was highly-rated by United and was called up to Denmark’s national youth teams frequently while he was at Old Trafford.

But it appears Timm got the full experience during his time in Manchester, even being subjected to an infamous Ferguson ‘hairdryer’ rant while he played for the Red Devils.

Timm incurred Ferguson’s anger by trying to hide the fact he was driving an expensive Porsche sports car from the Scot.

Instead of parking with the rest of the first team players and staff, the Dane would park his car alongside the regular club staff in the hope that Ferguson would not spot it.

But his plans to keep his car a secret from Ferguson were left in tatters when David Beckham requested he be allowed to take a helicopter to training.

Because of Beckham’s request, vehicles had to be moved to create space for the helicopter to land and Timm’s secret was discovered.

Writing in his autobiography Red Devil, Timm has revealed Ferguson’s angry reaction to the discovery,

“Brian McClair got hold of me and said Ferguson wanted to see me in his office,” Timm wrote.

“I had a Porsche, and I was well aware that the boss cared very little about that, if you played well.

“For the same reason I had parked helpfully at the entrance, where the ordinary workers usually were.

“Around the same time, David Beckham had a downturn in form, and had ventured to seek permission to arrive for training in a helicopter.

“Ferguson flipped out. Now he had discovered my Porsche. 'F*****g idiot,' he called me on that occasion, and then I took a taxi to training for a period.”