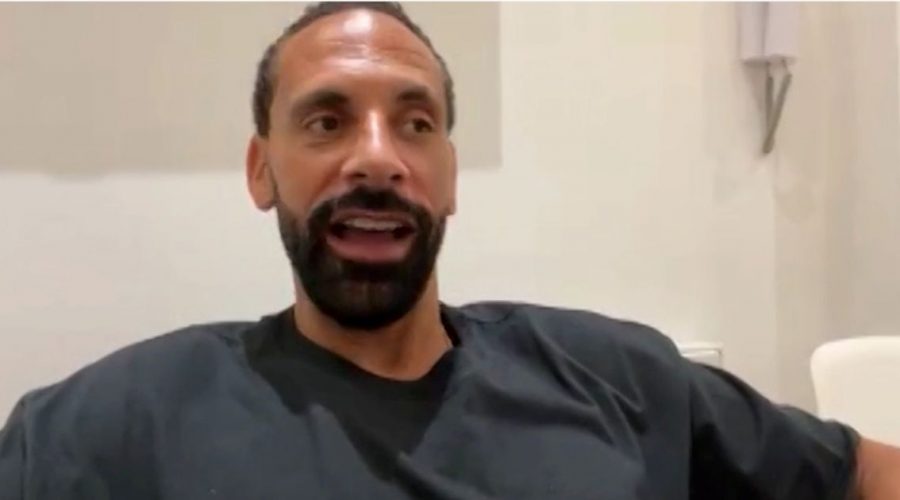 Rio Ferdinand has established himself as one of the biggest names on the punditry scene alongside the likes of Gary Neville and Jamie Carragher.

The former Manchester United and Liverpool players have revolutionised the punditry game, taking over from the likes of Alan Hansen and Mark Lawrenson.

And ahead of the Euro 2020, both BBC and ITV have named a host of strong names fronting their coverage this summer. Ferdinand, himself, will be on the BBC alongside the likes of Alan Shearer, Alex Scott and Thierry Henry.

While both broadcasters have gone all out in a bid to win the viewing figures war, Daily Star Sport asked Ferdinand himself who be on his dream punditry panel.

Given the scenario that England progressed to the final, it was put to Ferdinand who he would have alongside him in an all-star punditry line-up.

“Pep Guardiola, Sir Alex Ferguson and Jurgen Klopp," he said. "That would be good. Get a bit of insight there."

Who has the better punditry line up: BBC or ITV? Comment below.

England kick off their Euro 2020 campaign on Sunday against Croatia, the same nation that knocked the Three Lions out of the World Cup at the semi-final stage in 2018.

Asked how he thinks Gareth Southgate's side will do this summer, Ferdinand said: "I think they’ll win the group but they’ll have a hard draw after that."

BBC are showing the first England clash to land an early blow against rivals ITV.

READ MORE: Euro 2020 stars punching above their weight with WAGs from Harry Maguire to Luka Modric

READ MORE: 10 young stars set to light up Euro 2020 including the unknown name who rejected Liverpool

June 11, 2021 Soccer Comments Off on Ferdinand names his dream punditry line up as BBC and ITV prepare to do battle
NFL News