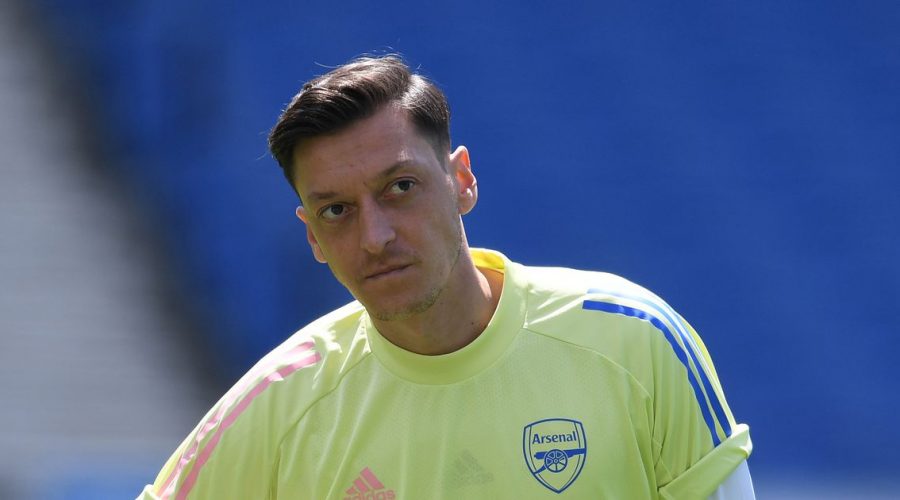 Fenerbahce president Ali Koc has revealed the Turkish club are "closer than before" to landing Mesut Ozil's signature ahead of the midfielder's Arsenal exit.

The Gunners outcast is expected to make a decision on his future imminently amid offers from various clubs worldwide.

MLS outfit D.C United are also believed to be in the running, though Fenerbahce clearly feel they are leading the race.

The Super Lig giants have been working hard to convince Ozil on a switch for months, and it appears they may be edging nearer to completing a deal.

"Let me tell you the latest on Mesut Ozil," Koc told Canal+ . "We’ve said it would be a dream for Fenerbahce.

"The club knows what the coach wants and our transfer policy is guided by that. There hasn’t been an official announcement.

"What I can say is we are closer than before. There may be a resolution, there may not be a resolution. Fenerbahce SK will make the announcement when the time comes."

Ozil looks likely to sit out the remainder of his contract before leaving on a free in the summer, after being frozen out by boss Mikel Arteta at Arsenal.

Asked about his lifelong support for Fenerbahce during a Twitter Q&A, Ozil said: "I grew up as a @Fenerbahce fan as a kid in Germany – every German-Turkish person supports a Turkish team when they grow up in Germany. And mine was Fenerbahce.

"Fenerbahce is like Real Madrid in Spain. The biggest club in the country."

Arteta seemingly has no intentions of bringing Ozil back into the fold for the back half of the season either, despite admitting the 32-year-old's omission from his 25-man squad had put a strain on the rest of the group.

Where should Ozil's next move take him? Have your say below.

“It’s always difficult to handle this situation if you are left out of the squad," Arteta said.

"It’s been difficult for everybody to have players not in the squad, it wasn’t only him.

“When they don’t feel like they can contribute to that, it’s always tricky.”