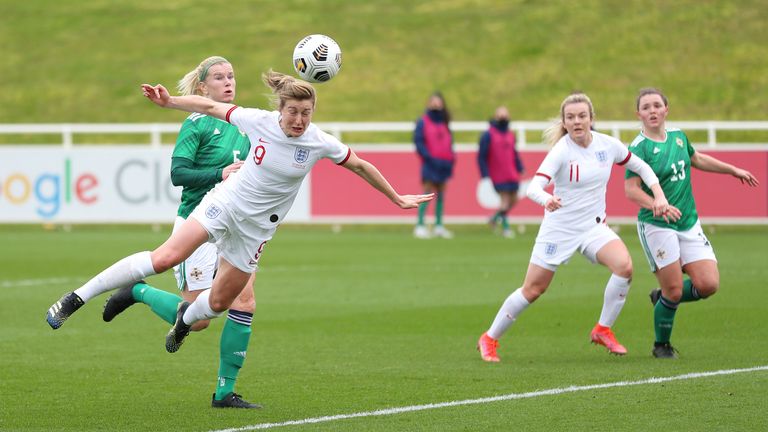 Former England captain Faye White believes the Lionesses will have no problems qualifying for the 2023 FIFA Women’s World Cup but is intrigued about the matches they will play against Northern Ireland.

England were also drawn with Austria, North Macedonia, Latvia and Luxembourg in the race to reach the tournament in Australia and New Zealand.

But it is the prospect of competitive fixtures against Northern Ireland, who were recently beaten 6-0 by England in a friendly but have qualified for next summer’s European Championships, which has caught the eye of White

“They [England] could have been placed in slightly harder groups but with England being sixth in the world they are expected to qualify for major tournaments quite easily,” said White.

“There’s always something special when the Home Nations are paired together and Northern Ireland are the team everyone is talking about at the moment because they qualified for the Euros and it’ll be amazing for them to experience that tournament.

“The more Northern Ireland play against bigger teams the better they will be for the next games and the experience of playing in the Euros will give them confidence for the next set of qualifying games.

“It will just add that extra edge to qualification for England and it’s a strong group but one they should qualify from easily because they have experience of playing in tournaments, while Latvia and Luxembourg have found it hard to get to tournaments.”

The World Cup qualifiers will represent the first fixtures where current Netherlands boss Sarina Wiegman will take charge of England after it was announced in August that she would take up the post from ex-boss Phil Neville.

Games will be played in a home-and-away round-robin format between September 2021 and September 2022, with a break in the summer of 2022 for the Women’s European Championship.