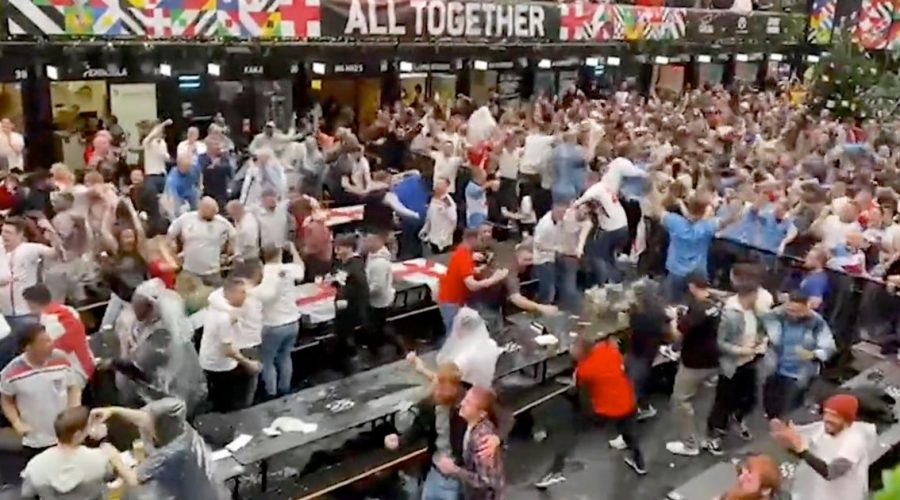 England supporters have been called out for their "forced" celebrations at Boxpark Croydon as they watched the 6-2 win against Iran.

Gareth Southgate's Three Lions got off to the perfect start in the Qatar World Cup on Monday (November 21) afternoon to spark jubilant scenes across the country. As always, the BoxPark venues across London proved popular for those who were able to watch.

But the hundreds who were in attendance in Croydon were accused of faking their celebrations after videos were shared online of beers being thrown in the air as England raced into a 3-0 first-half lead.

One viewer wrote: "So forced." A second echoed: "It's so forced as well, makes me cringe this." And another joked: "Paid actors."

One commented: "2-0 up against Iran and throwing pints in 8 degree weather. Forced." One asked: "Why do English fans love to drag celebrations ffs."

"Throwing pints is never funny but doing it when you’re 2-0 up against Iran is even more embarrassing," argued another.

Do you think the celebrations are forced? Let us know in the comments section below

A further annoyed supporter added: "Social media has flat out ruined places like this being normal." One tweeted: "Couldn’t think of anything worse than throwing a pint around you’ve just paid £8.99 for against Iran."

Another said: "That 'let's throw beer around because we've scored' thing is s***e isn't it? It's even s*****r when it's against Iran in the first game of the tournament." The fans had every right to be over the moon as goals from Jude Bellingham, Bukayo Saka and Raheem Sterling had put England three to the good before the break.

Saka netted his second of the game after the restart before Mehdi Taremi got one back for Iran. Substitutes Marcus Rashford and Jack Grealish put further gloss on the scoreline which was slightly tarnished when Taremi netted again from the spot with the last kick of the game after VAR controversially awarded a penalty for a shirt tug.