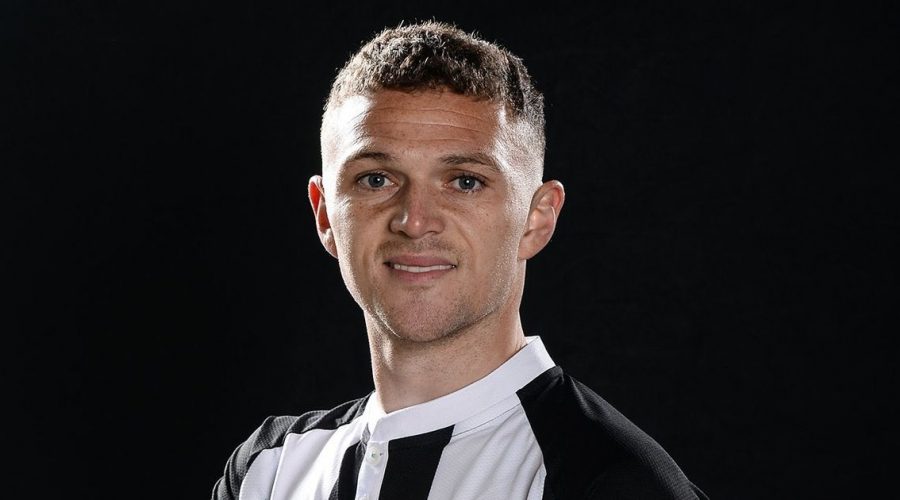 Fans from all corners couldn't help but share a laugh after a clear blunder from Newcastle as they announced the signing of Kieran Trippier.

The England full-back arrives at St James' Park from Atletico Madrid for £12m plus add-ons after weeks of speculation.

But as Newcastle announced their first signing under their new ownership, one picture of Trippier in a Toon shirt left fans in stitches at the clear mistake.

The classic 'point to the badge' snap is synonymous with new signings, but Trippier didn't quite manage to hit the target with his attempt.

The former Tottenham man appears to be closer to his armpit or the sleeve sponsor than the Newcastle badge, leaving fans to mock player and picture in the replies to the announcement tweet. "Why is he pointing to his armpit?" asked a second.

A third pointed out: "Missed the badge a bit lad."

But one more optimistic fan shared: "Pointing at signing number 2 just off camera."

Trippier's decision to leave the La Liga champions for relegation battling Newcastle is sure to raise plenty of eyebrows.

HAVE YOUR SAY! What do you make of Trippier's move to Newcastle? Comment down below But the 31-year-old insists that despite the ominous task of survival, he knew he wanted to move to Tyneside.

"I'm delighted to be joining this fantastic club," said Trippier upon his arrival.

"I really enjoyed my time in Madrid, but when I became aware of interest from Newcastle United, and having worked with Eddie Howe before, I knew this was where I wanted to be.

"I'm aware there is a lot of work ahead of us but I know the demands of Premier League well and I know what an amazing club this is with very talented players.

"I can't wait to get started and I'm excited to step out at St. James' Park as a Newcastle player.

"I have personal reasons with my family and it was most important that they were happy and settled with the decision.

"I knew the players and staff and it made it easy for me."