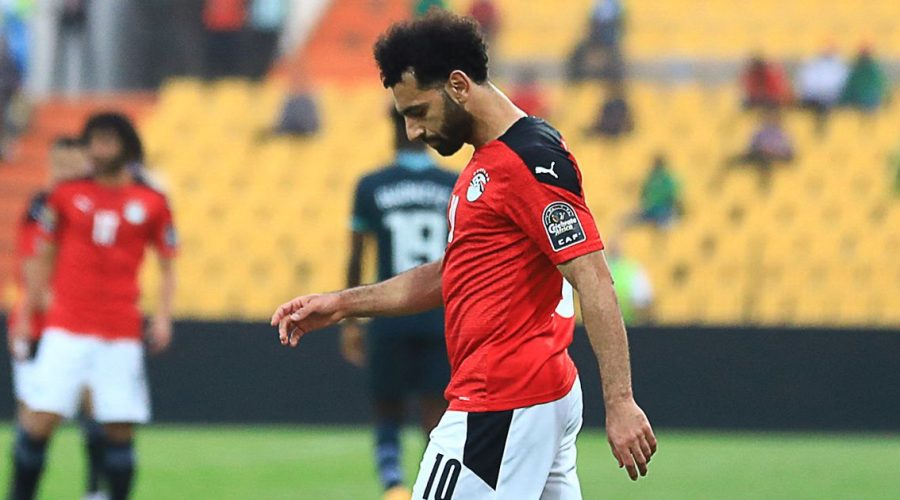 Mohamed Salah had a performance to forget as Egypt slipped to defeat in their opening Group D clash against Nigeria at the 2021 Africa Cup of Nations.

The Liverpool forward, who has fired home 23 goals across 26 games in all competitions for his club this season, couldn't find the target on what was his 73rd international appearance.

Salah started alongside the likes of Mohamed Elneny, Ahmed Hegazi and Trezeguet in their tournament opener, but The Pharaohs were outclassed throughout.

Winning 1-0 thanks to Kelechi Iheanacho's fine first-half strike, part of Nigeria's success was managing to keep the Champions League and Premier League winning forward so quiet.

With a second saying: "Mohamed Salah's only had 14 touches in the first half – the fewest of any Egypt player to play the whole 45 mins against Nigeria in this #AFCON2021 match…"

A third continued: "Has Salah touched the ball? they’ve marked him dangerously."

Will Mohamed Salah sign a contract extension at Liverpool? Tell us in the comments section

With a fourth adding: "Egypt are rubbish, won’t be complaining when Salah comes back early."

And a fifth concluding: "Mo Salah is nowhere to be found."

Nigeria, three-time African champions, made a statement by controlling large periods of the fixture while taking all three points, giving Egypt head coach Carlos Queiroz plenty to think about.

Going into the fixture, talk remained about Salah's future at Liverpool, with his contract due to expire at the end of the 2022/23 campaign.

The 29-year-old said of his stance over a new deal in a chat with GQ this week: "I want to stay, but it's not in my hands. It's in their hands.

"They know what I want. I'm not asking for crazy stuff."