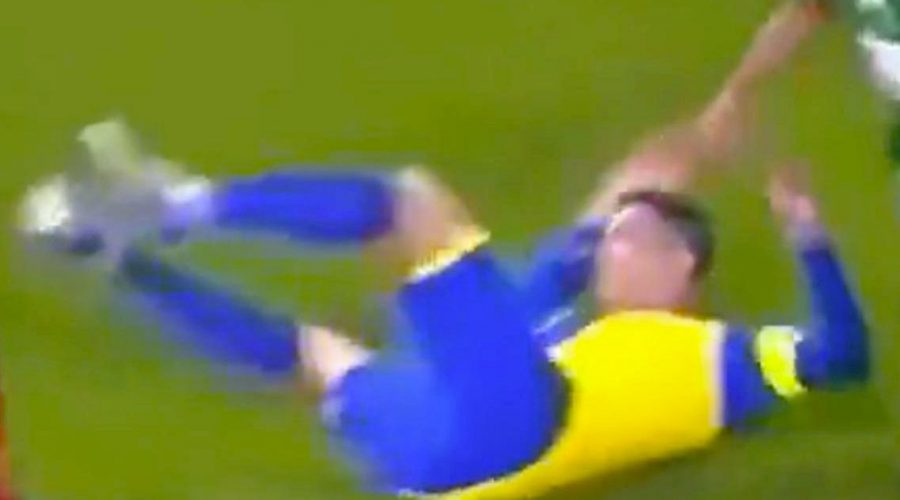 Cristiano Ronaldo has been told he ‘can’t even do it in the Saudi League’ by merciless rival fans.

He scored a goal on his Al Nassr debut, firing home a penalty during a friendly against Paris Saint-Germain. However, rival supporters have jeered the former Manchester United and Real Madrid legend after a clip of him being bodied by an Ettifaq FC defender surfaced.

Read More: Cristiano Ronaldo has pretend fight with UFC icon – but fans only notice his toenail

“Ronaldo can’t even dribble in the Saudi League” one merciless fan posted on Twitter. “He is ghosting against Saudi farmer,” another tweeted.

Do you think Cristiano Ronaldo made the right decision moving to Al Nassr? Let us know in the comments section below

Ronaldo was handed the captain’s armband despite the fact it was his first competitive match for Al Nassr. One of Ronaldo’s first acts was to completely overpower Saudi Arabian midfielder Faisal Al-Ghamdi.

He received the ball and began to surge forward until Al-Ghamdi lunged in and stole the ball from his toes. To make matters even worse, Ronaldo even did a full 360 degree spin on the floor when he was sent tumbling to the ground.

However, in spite of the rough welcome to Saudi Arabian football, he is currently set to win his first match at the club. Former Benfica forward Talisco netted in the first half to give Al Nassr the lead.

Ronaldo was one of the first players to celebrate with the Brazilian midfielder, who has scored 11 goals in 11 Saudi Pro League matches. Victory would ensure Al Nassr remain at the top of the table where they currently command a one point lead over fierce rivals Al-Hilal.

January 22, 2023 Soccer Comments Off on Fans say Ronaldo is ‘finished’ after clip shows he ‘can’t do it in Saudi’
NFL News