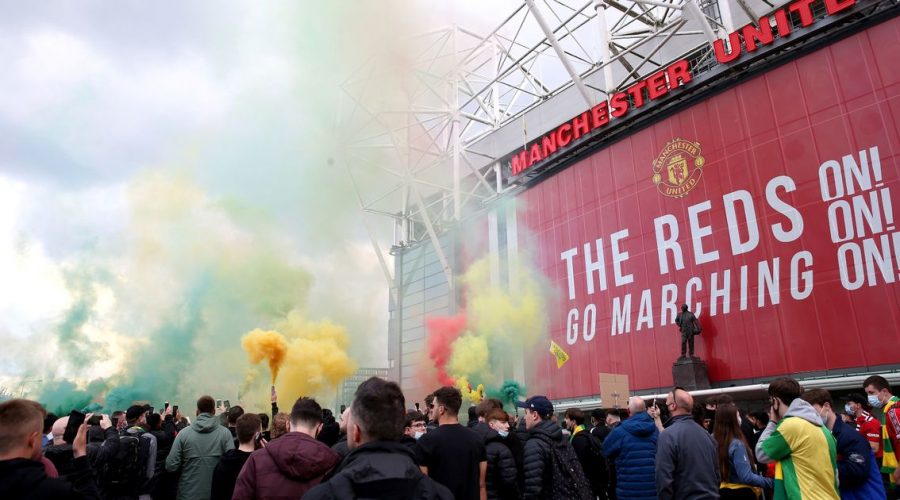 Football fans are intent to see all of the Big Six Premier League clubs punished for their involvement in the attempted breakaway European Super League, our survey has found.

Our Big Six survey brought in thousands upon thousands of responses – with 61% believing that there must be punishments against these clubs by the Premier League board.

Since the plans for the Super League came to a swift end, protests from fans have raged on at all six of the clubs who were involved in the new league format. These protests came to a head at Man United over the weekend as fans invaded the pitch at Old Trafford, leading to the postponement of their match against Liverpool.

Fans are campaigning for the introduction of the 50 plus one model used in the Bundesliga, giving those who support the clubs more control in the decisions made. But for the over six thousand fans who took the survey, sanctions must be handed out to the clubs for just attempting the Super League model.

Of the 61% of voters who believe the Big Six clubs should be punished, 36% of them are think a points deduction for all clubs is the most fitting course of action in a move which would change the entire outcome of the Premier League season. Following closely behind with 28% of the vote was a call for fines for the six clubs involved.

The 4% of voters who came up with their own punishment had ideas ranging from removing all current owners of the clubs through the fit and proper person test to a ban for the Big Six from European Football in its entirety.

23% of those who filled out the survey believed all six of the clubs should be relegated, with only 9% unsure of what the correct punishment would be.

Since the failed European Super League, the Premier League, with the backing of the FA, have announced a new set of rules to stop the clubs from ever being able to attempt such a move again. If they do, it will come with expulsion from the Premier League.

Read the full results of the Big Six Survey below:

If yes, what punishment should be handed out?

May 4, 2021 Soccer Comments Off on Fans highlight big Premier League failing as ‘traitors’ get their way
NFL News