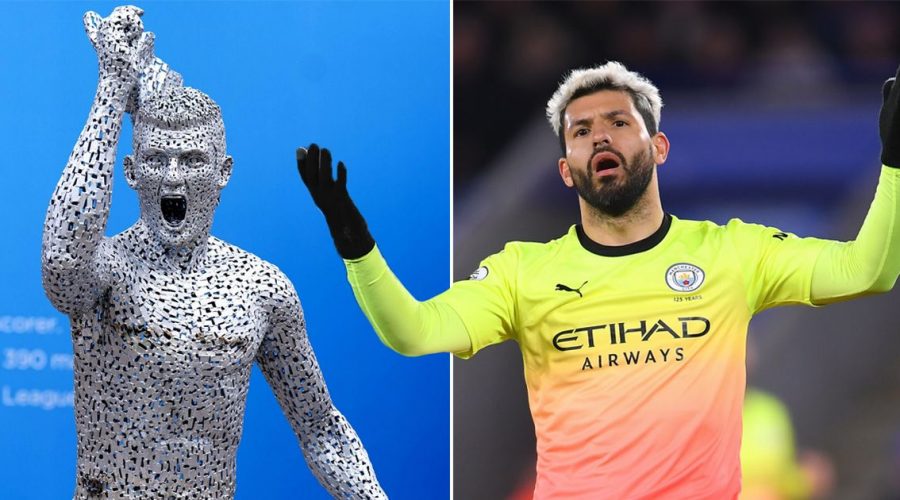 Manchester City have unveiled a club statue of club legend Sergio Aguero – but fans are convinced it looks more like two of his fellow football stars.

The statue has been erected on the 10th anniversary of Aguero's iconic Premier League-winning goal against QPR in 2013. It depicts his celebration after scoring and has been positioned outside the Etihad along with the statues of Vincent Kompany and David Silva.

After City revealed it on Friday (May 13), a baffled fan replied: "Nice statue looks nothing like him though." One quickly joked: "I see David Villa." Another asked: "Is that David Villa?"

"Why’s David Villa got a statue outside the Etihad then" and "no idea why but i thought it was David Villa at first glance" echoed similar comments. And the comparisons didn't stop there.

Man United fan Mark Goldbridge argued: "Looks like Toni Kroos." One fan declared: "This is Toni Kroos, not Aguero." Another compromised and wrote: "If David Villa and Toni Kroos had a baby…"

Is Aguero the best ever Prem striker? Let us know in the comments section.

Aguero, who retired last December due to a heart condition, visited the new piece of artwork to take it in for himself. And he was at least pleased with how it had turned out.

He said: "Truthfully, it is a very beautiful thing for me, to see myself 10 years ago is very moving. In those 10 years I was able to win a lot of trophies and was able to help the club become one of the most important in the world.

"I am very grateful to the club for making this in recognition of my football career in Manchester. It is something very special."