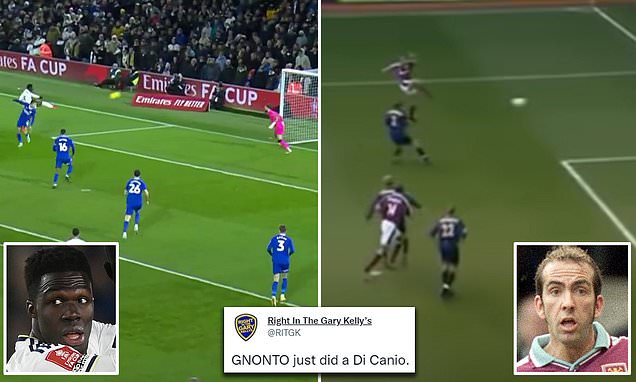 ‘Gnonto just did a Di Canio!’: Fans go wild after Leeds winger nets stunning scissor-kick volley against Cardiff… as his sensational goal is compared to his fellow Italian’s famous strike for West Ham 23 years ago

Leeds winger Wilfried Gnonto scored a stunning scissor-kick volley to give his side the lead against Cardiff in their FA Cup replay, with fans comparing his strike to a famous Paolo Di Canio goal for West Ham in 2000.

Having been held to a 2-2 draw in the first meeting between the two sides, Leeds attacked Cardiff straight from the kick-off, and Rodrigo floated an ambitious pass to the back post.

With the ball dropping over the head of a defender, Gnonto kept his eye off the ball and with both feet off the ground volleyed past the helpless Jak Alnwick. 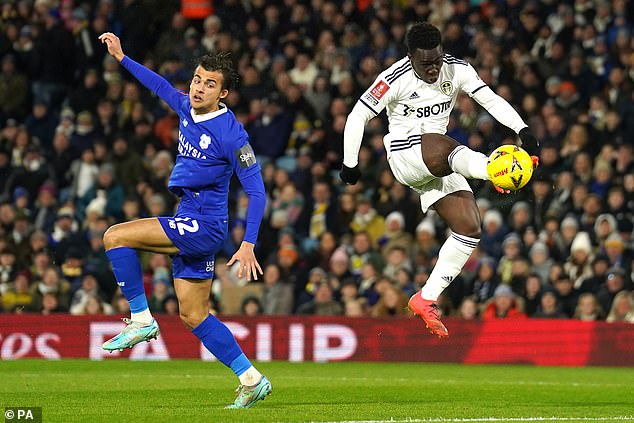 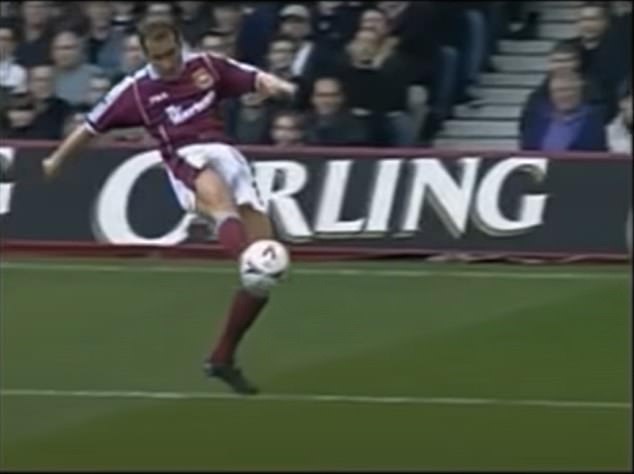 Di Canio pulled off a similar skill while playing for West Ham against Wimbledon 23 years ago, and fans were quick to compare the two sensational strikes.

‘Gnonto just did a Di Canio,’ one supporter posted on Twitter.

Another fan agreed, writing: ‘Omg that is Di Canio-esque from Gnonto.’

‘Wilfried ‘Di Canio’ Gnonto. What a goal!’ another fan wrote.

Meanwhile, one fan was left in awe as they added: ‘That was a sublime goal from Gnonto, insane technique.’

Di Canio’s goal was arguably more impressive as it came from further out and a tighter angle, but it was still an outstanding finish from Gnonto, who has become a crowd favourite at Leeds.

He arrived at Elland Road from FC Zurich in the summer, and was eased into action at the beginning of the season by Jesse Marsch.

The 19-year-old is now a regular starter, though, and has caught the eye in recent weeks.

Gnonto is now putting the ball in the back of the net himself, and doing so in some style.