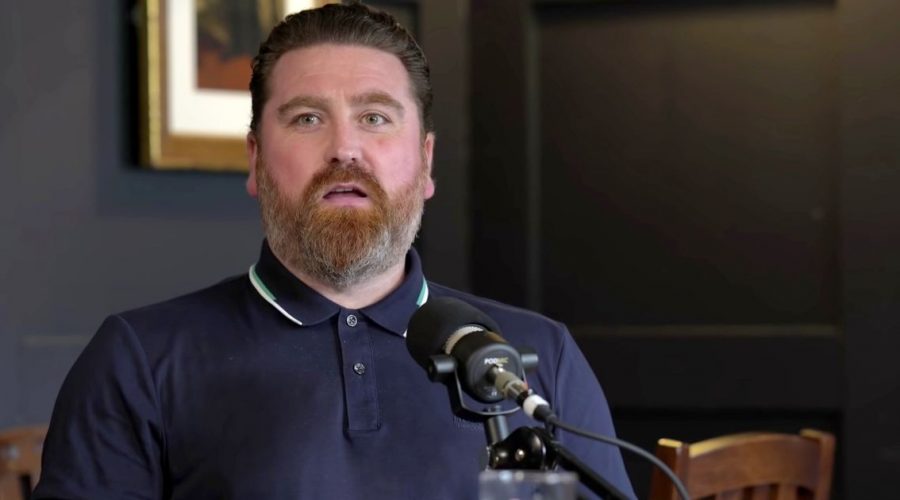 The former midfielder enjoyed an impressive career, making over 346 appearances and being a part of the Millwall side that reached the 2004 FA Cup Final and lost to Manchester United. However, Sweeney’s discipline and commitment to the footballing lifestyle, particularly when he fractured his back while playing for the Potters, was about as steady as a high-octane ride on a banana boat.

And the former Scottish international was hilariously caught on a Magaluf banana boat by his own Stoke supporters, when he was supposed to be recovering from a nasty back injury, he suffered on pre-season.

“I fractured my back playing in a friendly Stoke did every season against Newcastle Town,” Sweeney said to the Under the Cosh podcast. “They said ‘right, you have to shut down for three months, can’t do anything.

“I said, ‘I’ve been homesick, I can’t come into training every day and do core exercises’, as that was all I could do. They said ‘come in Monday, Tuesday, and Wednesday, and have the rest of the week off and then come back on Monday.

“I went back to London on the Wednesday and all of my mates were going Magaluf. They were going the following Thursday until the Sunday – it was too perfect!

"Someone said, ‘hang about, why don’t you come, you can come now’. I booked a flight the following Thursday with them and went to Magaluf with a fractured back.”

Considering the fact Stoke did not know he would be heading to the Spanish party island; it was certainly a rogue move from Sweeney. Unfortunately, whatever disguise or cloak of invisibility he tried to adopt while on the lash did not work.

What would have been your reaction if you saw one of your team's players on a banana boat if they were supposedly recovering from an injury? Let us know in the comments

“We were walking down the strip one day and I have heard ‘Sweeney, Sweeney,’ there was about seven Stoke fans who shouted ‘what are you doing here,’” Sweeney hilariously added.

“I was like ‘err I’ve got some time off I fractured my back’ and then they said ‘we’ve just seen you on the banana boat!'“

May 13, 2022 Soccer Comments Off on Fans caught Millwall FA Cup finalist Sweeney who fractured back on banana boat
NFL News