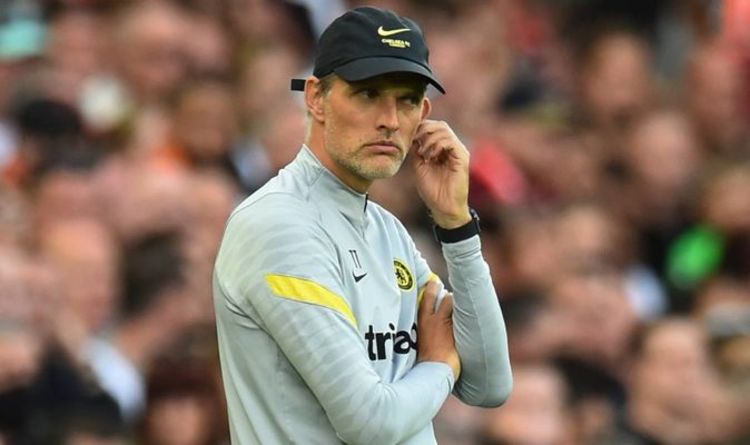 Chelsea are facing a mass exodus at the back with three key players out of contract at the end of the season. It makes a transfer for Jules Kounde more important than ever with January’s window set to become a pivotal time.

Chelsea must make a move for Kounde in January to help cope with a potential exodus in defence at the club.

Three players are nearing the end of their contracts in the shape of captain Cesar Azpilicueta, Andreas Christensen and Antonio Rudiger.

Though reports have indicated there could be a reason to be positive, none of the named trio have put pen to paper over a new deal yet.

That means that in January, they will be allowed to speak to foreign clubs over a pre-contract agreement.

If they accept, then Chelsea will not even see a penny when they leave – leaving a huge hole at the back for Thomas Tuchel.

The German has built his Blues side on a strong and resilient defence, keeping the most clean sheets (13) in the Premier League and the least goals conceded (14) since his arrival in January.

And that has been built largely on Azpilicueta, Christensen and Rudiger, with Edouard Mendy impenetrable behind them and Thiago Silva a fine player also included.

But with their contracts up at the end of the season, signing another defender could be vital to next season so that brilliant form can continue.

Chelsea tried their best to snap up Kounde from Sevilla over the summer and many regarded the deal as done only for the Spanish club to ask for more money at the death.

It saw the Blues pull out of negotiations while the Frenchman has been left furious with the result.

A January transfer was not ruled out but it would have to be on Chelsea’s terms or there is no deal as they hope the player’s unhappiness will force Sevilla back to the table.

The 22-year-old is regarded as one of the best defenders in La Liga and has all the attributes to flourish in the Premier League.

Signing him in January would allow the former Bordeaux man to settle into life in England and get used to his teammates.

It will give Chelsea some breathing space in case one, or more, of their potential departures do leave in the summer of 2022.

Azpilicueta and Christensen are likely to sign new deals but Rudiger has one eye on an exit with the likes of Barcelona, Real Madrid, Bayern Munich and Paris Saint-Germain interested.

That would be a huge blow to Chelsea, where the Germany international has been an absolute rock at the back – but Kounde can help soften that blow and bringing him in for January is a win-win for everyone.