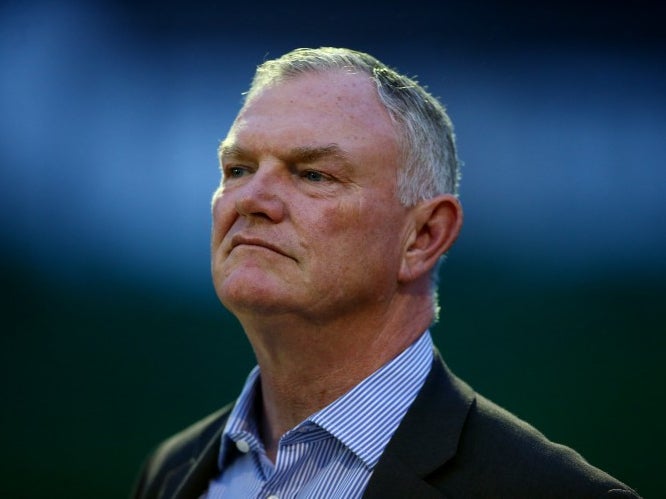 Greg Clarke resigned after making a series of controversial comments

Thursday night’s results ensured Scotland will meet England at Wembley on 18 June for a historic restaging of their Euro 96 game, and the governing body is exploring every option to try and get fans in, even if it is accepted that a full Wembley is unlikely.

Such plans include liaising with the government’s Sports Technology and Innovation Group – set up in September to investigate potential solutions to getting supporters back in – and possibilities like conducting Covid-19 tests outside the stadium and in its immediate area.

The competition is set to be hosted across 12 cities, which naturally poses greater problems at a time of global pandemic. Uefa have been looking at a number of options about what they can do – including single-country hosts – and are expected to make a final decision in the next two months. The FA is “very optimistic” that Wembley will end up staging its allocated games.

These ideas are all in very early stages, and there is the realisation that the situation could change greatly over the next few months – especially with a vaccine.

Uefa nevertheless has to start coming up with a plan that is workable in a number of situations, to start allowing logistics for the qualified teams.