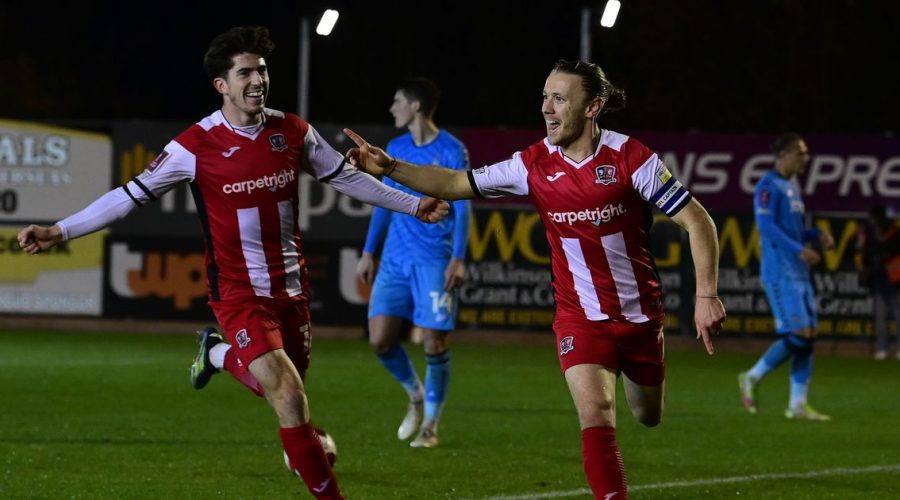 The FA Cup first round replay between Exeter City and Bradford City has been declared null and void after the former used an extra substitute.

Exeter had won the tie 3-0 following extra time thanks to a brace from Matt Jay and a Nigel Atangana tap-in after the match had finished goalless after 90 minutes.

However, the tie will now be replayed next week after it was discovered that Exeter had used six substitutes instead of the permitted five.

The introduction of Joshua Key for Sam Nombe in the last minute of normal time was sixth substitution made by boss Matt Taylor.

In an official statement published by the FA Cup Twitter account on Thursday, it was confirmed that the result of the match would not stand.

"An extraordinary incident report was submitted by the match referee which stated that Exeter City had used a sixth substitute during their Emirates FA Cup First Round Proper Replay against Bradford City on Tuesday 16 November 2021," reads the statement.

"The FA conducted an investigation and referred all of its information to the Professional Game Board [PGB] in accordance with the rules of the competition.

Should Exeter City have received a harsher punishment for using too many substitutes? Let us know in the comments section below.

"After considering all of its options, and taking into account all of the relevant factors, the PGB agreed that the result of the match should not stand.

"The PGB deemed that the most appropriate action would be for the match to be replayed in its entirety and has ordered for this to take place at Exeter City’s St James Park on Tuesday 30 November at 19:45."

The initial meeting of the sides at Bradford's Valley Parade on November 6 had finished in a 1-1 draw.

The winner of the replayed match will be rewarded with a trip to League One side Cambridge United in the second round with the tie to be played on December 4.