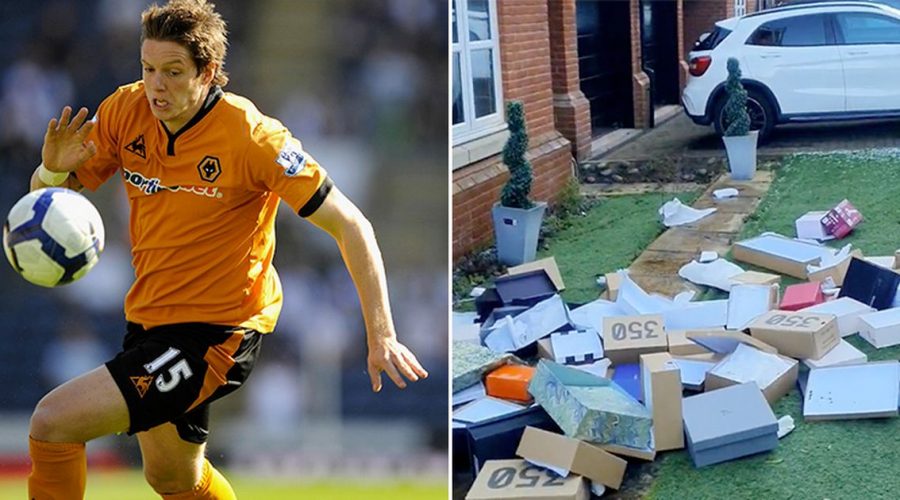 Former Premier League defender Greg Halford slammed his "cheating c***" ex as he threw their belongings out of his house.

Halford, who made 28 appearances in the English top flight for Reading, Sunderland and Wolves, posted a video to his social media accounts this evening (January 21). It showed various boxes covering his front garden with one being thrown out an open window.

Uploading it to his 43,000 followers, the 38-year-old captioned the clip: "Been far far too long but finally clearing out the cheating c*** ex stuff."

Support rained in for Halford with his former team-mate Craig Fagan replying: "Hope you're all good mate."

Another of his followers wrote: "Well done mate, best to move on and upwards." One joked: "I’ll give you £30 for them! Good work fella! Chin up."

"Looks like Evri have finally delivered your parcels," quipped another, while one commented: "You always had a decent throw!"

Have you ever been in a similar scenario? Let us know in the comments section.

After making a name for himself at first club Colchester United, Halford earned a move to then-Prem side Reading, who paid a reported club-record fee for his services.

It didn't work out for him in Berkshire, though, as he played just three times for the Royals before joining Sunderland. A further eight Prem appearances followed there and he then moved to Wolves in 2009.

Halford's 17 other top-flight matches came for the west Midlands club. After several stints in the football league he had a brief spell in Scotland with Aberdeen in 2019.

The right-back has since played for Southend United, Waterford, and Billericay Town, and is still going for Isthmian League North Division club Hashtag United, who are owned by YouTube star Spencer Owen.