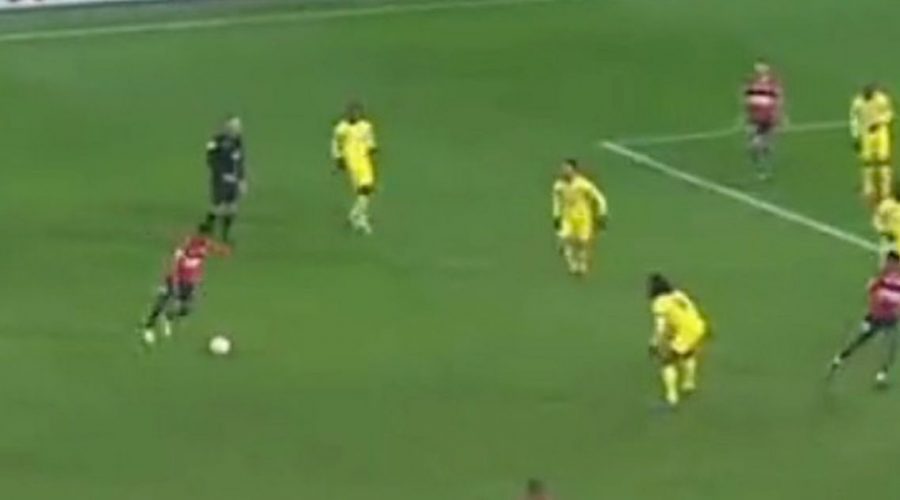 The diminutive ex-Red Devil, who now plays his football across the channel at Lille, powered an effort into the top right-hand corner of the net just four minutes after coming off the bench. Gomes took three touches to steady himself before seeing that no defender had decided to close him down and rifled the ball past opposition goalkeeper Massamba Ndiaye.

The stunning strike wrapped up a 2-0 win against Ligue 2 outfit Pau FC and sets up a round-of-16 clash against top-flight rivals Lyon.

Gomes' goal has started a meltdown on social media with a host of current Premier League stars hailing the outrageous worldie. "Normal for you," praised Nottingham Forest ace Jesse Lingard, alongside a rocket emoji.

HAVE YOUR SAY! Were Man Utd wrong to let Gomes leave? Let us know in the comments section.

Football fans have also been quick to applaud Gomes for his insane effort. "Stop that Angel Gomes," commented one fan.

"Frankly an absolutely outrageous goal from Angel Gomes," said another. "What a hit from the kid," commended a third. While one Man Utd fan groaned: "Sigh the talent we missed out on."

Godson of former Man Utd winger Nani, Gomes made just 10 appearances during his three-year stay at Old Trafford. He made his debut on the final day of the 2016/17 season, replacing Wayne Rooney in the 88th minute as the youngest player to represent the Red Devils since Duncan Edwards.

The England youth international penned a first professional deal seven months later, until the end of the 2019/20 campaign, but he would rack up just 44 minutes of Premier League action before failing to agree terms on a new deal.