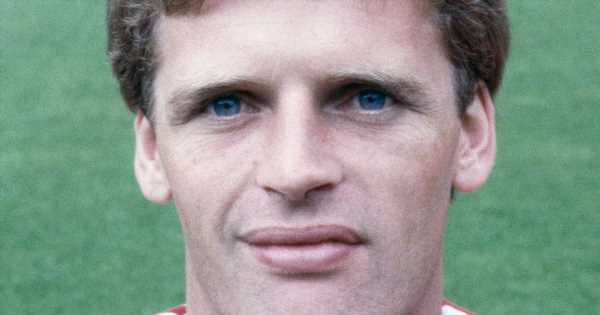 Former Scotland international Gordon McQueen has been diagnosed with vascular dementia, a statement by his family has confirmed.

McQueen, 68, spent the majority of his distinguished playing career with Leeds United and Manchester United.

McQueen – who made 30 appearances for Scotland – went on to manage Airdrie and coach at St Mirren and Middlesbrough, while he also worked as a pundit for Sky Sports.

His family said he was diagnosed with vascular dementia – which is caused by reduced blood flow to the brain – in January.

Their statement reads: "As a family we felt it was important to let people know, particularly if raising awareness can help others in similar situations.

"Whilst as a family we've found it hard to come to terms with the changes in dad, he has no regrets about his career and has lived life to the full."

McQueen's former Leeds teammate Jack Charlton died with dementia last year, while his brother Sir Bobby has also been diagnosed with the disease.

McQueen wants to alert today's footballers of the risk of dementia after his own diagnosis.

The family's statement adds: "He wants other footballers of today's generation to know there may be risks with persistent heading of the ball.

"Dad scored some important goals in his career and memorable headers but used to stay back in training, heading the ball to the goalkeeper for practice over and over.

Do you remember seeing McQueen in action? Have your say in the comments.

"He does wonder if this has been a factor in his dementia as his symptoms appeared in his mid-60s."

The Football Association is currently investigating the link between heading the ball and dementia, while England boss Gareth Southgate is taking part in a study by The London School of Hygiene and Tropical Medicine.

"Our involvement is absolutely essential if we are to have a greater understanding of this issue," said Southgate last month.

"Having turned 50 last year, I am now eligible to take part in the HEADING study, which could provide crucial and valuable insight to help people who play the game now and in the future."

It comes after England 1966 hero Nobby Stiles also passed away last year having suffered with dementia.

Last November, The Professional Footballers' Association launched its own task force to investigate the issue of brain injury diseases in football.