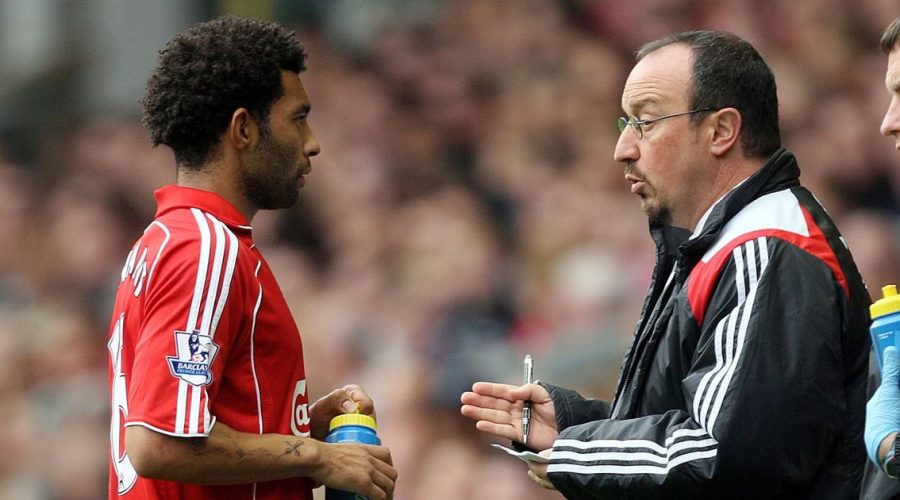 The former midfielder was signed by Benitez for Liverpool for £8million in 2006, and was part of the team which reached the 2007 Champions League final in 2007.

However, the pair never really saw eye to eye in their three seasons together, and Pennant was shipped out on loan to Portsmouth in 2009, before leaving permanently to join Spanish side Real Zaragoza.

In an interview with TalkSPORT, the now retired playmaker left a damning assessment of the new Everton manager’s involvement in the ‘the Miracle of Istanbul’, where Liverpool came back from 3-0 down against AC Milan to win their fifth Champions League title on penalties.

"He wouldn't come up to you, he wouldn't grab you by the side and have a chat about whatever you need to discuss. He kind of left it to Gerrard,” said Pennant.

"Especially to big games, at half-time if things weren't going very well, it wouldn't be him pointing fingers and shouting instructions and telling you what needs to be done to win this game.

"He's a legend at Liverpool for that famous game, coming back from 3-0 down in the Champions League, which was Gerrard-driven 100 per cent.”

Is Rafa Benitez a good appointment for Everton?Comment below

Benitez controversially replaced Carlo Ancelotti as the new Everton manager at the end of June, prompting backlash from both Liverpool and Everton fans.

"Is he going to light it up at Everton? Is he going to take them to the next level? Personally I don't think he will. Sorry Everton fans!' Pennant added.

"After Liverpool you look where he's been… Newcastle he didn't really set them alight, he kept them afloat.

"I just feel he's going to be a little bit stagnant at Everton."