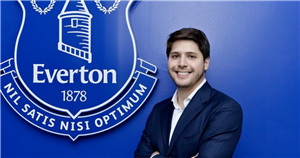 Ismailov, nephew of Russian billionaire Alisher Usmanov, appeared in court after being accused of assaulting Edmond Krasniqi at a flat in Hyde Park Gate, London, on 11 June.

The 25-year-old stood down from his position on the Everton board, as well as his role as sporting and commercial director of the women's team, on November 2 having only been appointed three months earlier.

Ismailov's older brother Sanjar has also been charged with causing GBH to Mr Krasniqi, although that is not the only allegation against his sibling.

Sanjar has further been accused of assaulting a model named Astrid Fajcsi and causing her actually bodily harm on the same day and at the same Kensington flat as Mr Krasniqi.

He is also alleged to have criminally damaged her iPhone and diamond bracelet worth over £5,000.

The Ismailov brothers appeared at Westminster Magistrates' Court via video-link on Wednesday along with Malik Bilal, 40, who is also facing a GBH charge.

The district judge has adjourned their case until 15 December.

Sarvar first joined Everton in 2019, becoming the club's Global Commercial Consultant and later taking up his role on the women's team.

He was then appointed to the Toffees' board of directors in July before resigning three months later. Everton wrote in a statement at the time of his departure: "Everton Football Club can confirm that Sarvar Ismailov has stepped down from his duties for personal and health reasons.

"He has resigned from the Club’s Board of Directors and the positions of Owner’s Executive Representative and Sporting and Commercial Director at Everton Women.

"The decision was taken by Mr Ismailov and is effective immediately."