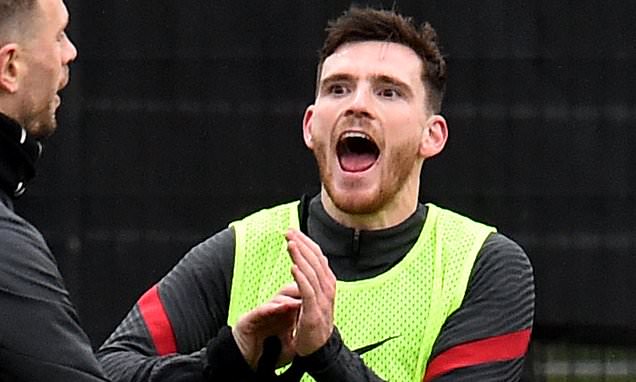 ‘Everybody loves Steven Gerrard… but I’ve been brought up a Celtic fan!’: Andy Robertson jokes that he is in awkward position with Liverpool legend managing Rangers who he was ‘brought up to dislike’

Not many Liverpool players find themselves in the awkward position of wanting club icon Steven Gerrard to lose, but Andy Robertson is the exception.

Jurgen Klopp’s exceptional left-back was brought up a Celtic fan and admits he’s conditioned to dislike anything to do with Rangers.

Gerrard has steered Rangers to a commanding lead in the Scottish Premiership title race and looks certain to deny the Hoops 10 titles in a row. 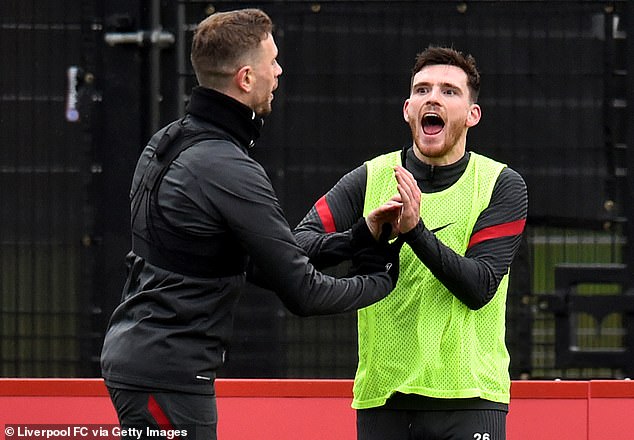 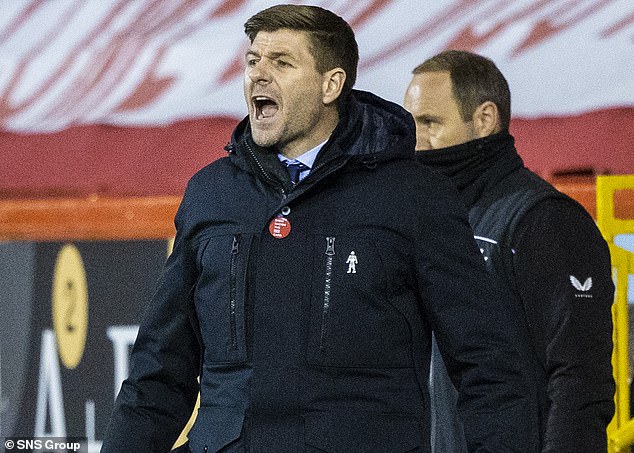 In speaking to Jamie Carragher on his Greatest Game podcast, Robertson quipped: ‘

‘It’s a difficult situation isn’t it?

‘You come into Liverpool’s training ground. He’s plastered all over the place, everyone loves him, everyone wants him to do well.

‘I want him to do well…but I’ve been brought up as a Celtic fan to not like anything to do with Rangers.’

Carragher joked back: ‘So that’s an exclusive, Andy Robertson doesn’t like Steven Gerrard!’

Gerrard is tipped to take the reins as Liverpool manager one day, although Jurgen Klopp is unlikely to leave in the foreseeable future.

He previously told the Athletic: ‘I get asked this question a lot and, for me, what will be will be. Would I love to be the coach of Liverpool one day? Is it a dream? Of course.

‘It’s a club that means everything to me but we’ve one of, if not the best, managers in the world who has been absolutely incredible since he came through the door and the success he’s delivered in the last couple of years means that Liverpool are in a fantastic place. Long may that continue.’

Perhaps one day Robertson will have to conceal his Celtic loyalties if he ever has to work under Gerrard but for now he can be the rogue voice at Liverpool’s training ground rooting for Rangers to lose. 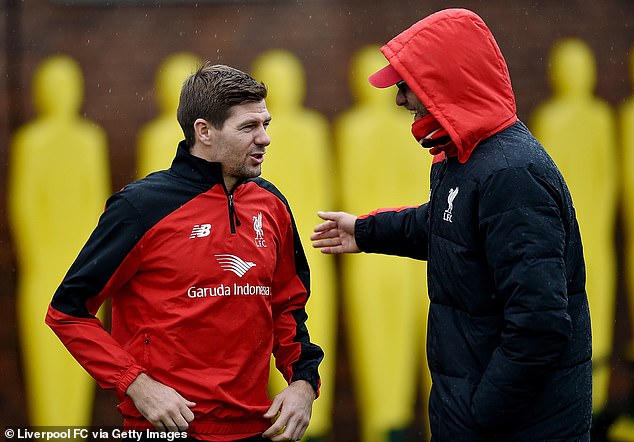 January 14, 2021 Soccer Comments Off on 'Everybody loves Gerrard… but I'm a Celtic fan!': Robbertson
NFL News