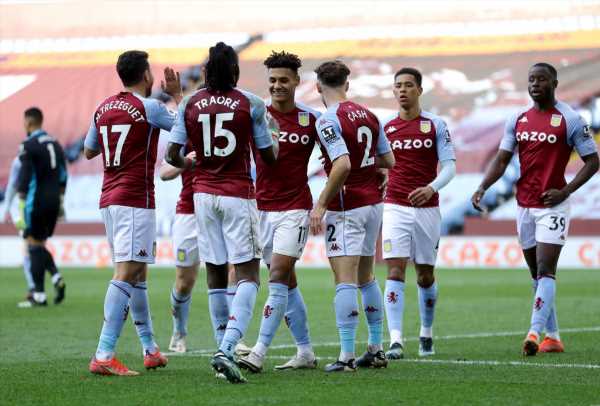 Aston Villa will hope to recapture their early-season form for the final part of the Premier League campaign, as they look to secure a top-half finish which would be aided by a win over Everton.

Regardless of their final league position, this has been a campaign of excellent progress for Dean Smith’s side, who were fighting relegation until the final day of the season last year. Despite that improvement, a run of just one win in eight does underline the huge drop-off of late.

Jack Grealish’s ongoing injury absence has not helped matters, but Villa have to find a way to not be so reliant on their star man, while their previous defensive solidity has also disappeared of late.

Everton are still in with a shout of earning European football for next season, if they can find some consistency over the final weeks of the campaign. They are four unbeaten in the league of late, but three of those were draws before the win over Arsenal last time out.

The match kicks off at 8pm BST on Saturday 1 May at Goodison Park.

The game will be shown live on BT Sport 1 and BT Sport Ultimate. Subscribers can stream the match via the BT Sport app and desktop website.

Everton are without midfield pair Abdoulaye Doucoure and Jean-Philippe Gbamin, but Dominic Calvert-Lewin and Yerry Mina returned against Arsenal. Michael Keane is also a doubt for the match.

For Villa, Jack Grealish continues to be absent and fellow attacker Trezeguet is also out, but Matty Cash is back from suspension and should return at right-back. Keinan Davis could start after his injury-time equaliser against West Brom, but Morgan Sanson is sidelined.

Both teams to huff and puff but ultimately cancel each other out, with both perhaps falling just short of their biggest objectives for the season – European football and a top-half finish respectively. Everton 1-1 Aston Villa.

May 1, 2021 Soccer Comments Off on Everton vs Aston Villa live stream: How to watch Premier League fixture online and on TV tonight
NFL News