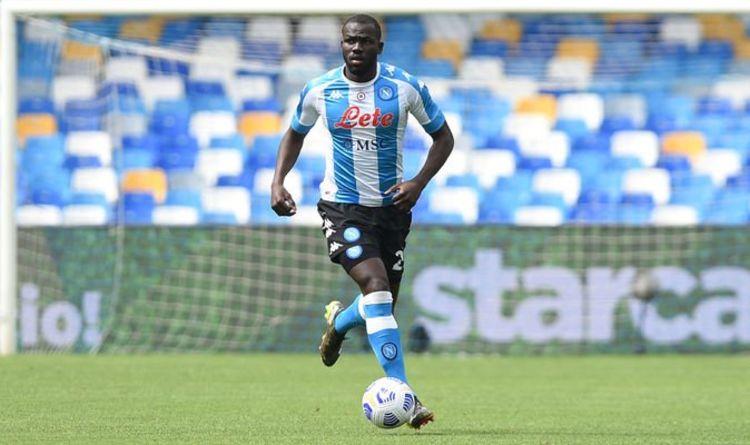 Rafa Benitez may be close to his first signing since becoming Everton boss in recent weeks. According to Italian outlet Calciomercato the Spanish head coach’s club have submitted an opening bid for Senegalese defender Kalidou Koulibaly.

It has been reported that the former Liverpool manager has now made Koulibaly his number one target and asked those on the board at Goodison Park to make him a priority.

Benitez managed Koulibaly whilst at Napoli and is clearly a big fan of the experienced defender.

To steal him from his old club will prove quite the task, as Koulibaly has stated before his desire to retire at Napoli.

However, if Benitez is backed by the board with funds, there is a chance that a substantial wage packet, along with the chance to link up with a former manager, might just prick his interest.

Long considered one of the best defenders in the world, Koulibaly was once valued as high as £100million.

JUST IN: Klopp could have role to play in Arsenal’s Locatelli transfer pursuit

Some could argue he won’t be in his peak for much longer, however considering Thiago Silva is aged 36, he could still be a world-class player for many more years.

Benitez will be looking to overhaul his new Merseyside club this summer and is looking to bolster his defence in particular.

A signing of Koulibaly’s calibre would be a statement of intent from the Spaniard given the centre-half’s leadership would restructure a lacklustre Everton side.

Renowned for his physical attributes, along with his aggressive style of play and composure on the ball, Koulibaly may just be the man to give Everton fans a change of heart towards their new manager.

Benitez’s arrival was marred with controversy, as the former Liverpool boss’ appointment did not sit well with their neighbours.

Everton have underperformed in recent years and have had hope given and taken away from them several times.

Toffee hearts sank when they heard the news Carlo Ancelotti would be leaving after just 18 months to link back up with former club Real Madrid.

Perhaps their fortunes are due to change, and surprising to most, Benitez may be the unlikely hero for the Merseyside team.

Benitez will want to sign players that he believes suit his rigorous tactical approach to playing football, and Koulibaly has proved that he works well under him.

He scored the winning penalty for Benitez’s Napoli back in 2014 to win the Supercoppa Italiana.

Koulibaly may just prove to be Benitez’s winning formula once again.