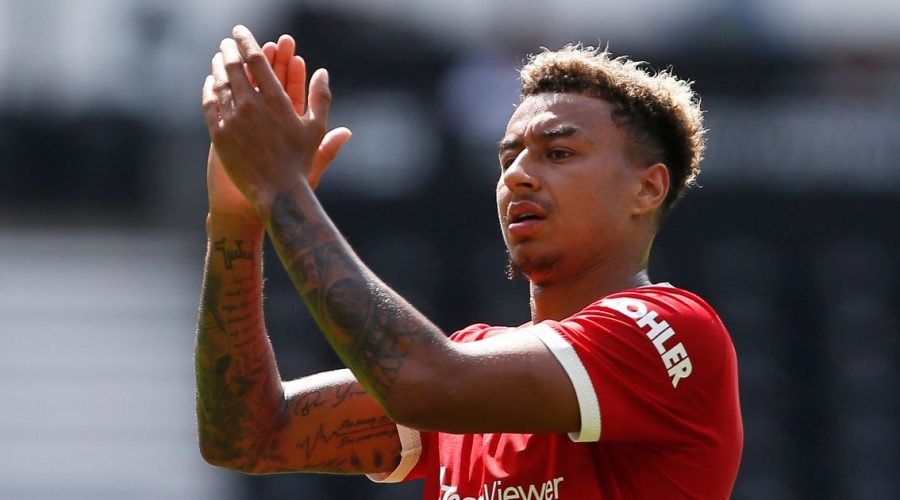 It’s unclear what the immediate future holds for Lingard after he showcased his quality with nine goals and five assists in 16 Premier League outings for the Hammers.

And The Sun reported Lingard features highly on the Spaniard’s wish-list after he’s made it a ‘top priority’ to bulk up Everton’s wing options this summer.

Lingard was frozen out by Ole Gunnar Solskjaer in the first half of last season and made just three appearances for United in cup competitions before being sent to east London.

But the 28-year-old revived his Old Trafford prospects thanks to his success at London Stadium, with West Ham manager David Moyes still thought to be hopeful of completing a permanent deal.

Lingard’s resurrection even inspired talk of a Euro 2020 call-up, earning a place in England’s preliminary squad before just missing the cut for the summer tournament.

The playmaker made his United comeback in a 45-minute substitute appearance during Sunday’s 2-1 friendly win over Wayne Rooney’s Derby County.

Solskjaer, 48, praised Lingard’s response since returning to the club and told reporters he’ll be in his plans this coming campaign: "He was one of the positives. He's a Manchester United player and he wants to fight for his place.

"He's come back bright, confident and with lots of energy. I think everyone saw what he did at the end of last season with West Ham.

"He's still in my plans. I expect him at Man United at the start of the season."

There’s even been talk that Lingard—whose current United deal is scheduled to expire next summer—will be offered a new three-year contract to extend his 21-year stay at United.

BBC Sport reported Demarai Gray is closing in on his own move to Goodison Park after leaving Leicester to join Bayer Leverkusen on an 18-month deal this past January.

Everton have splurged heavily on signings in recent summers, though Benitez is yet to spend any major sums since ending his two-year absence from the Premier League.

Carlo Ancelottileft Goodison in shock fashion at the end of last season, paving the way for former Liverpool chief Benitez to make a controversial move back to Merseyside.

The 2005 Champions League winner’s appointment was badly received by many fans, but a successful transfer window would be one way to curry favour ahead of the new season.

The Toffees begin the 2021/22 Premier League campaign at home to Southampton on August 14, although the transfer window doesn’t close until August 31.