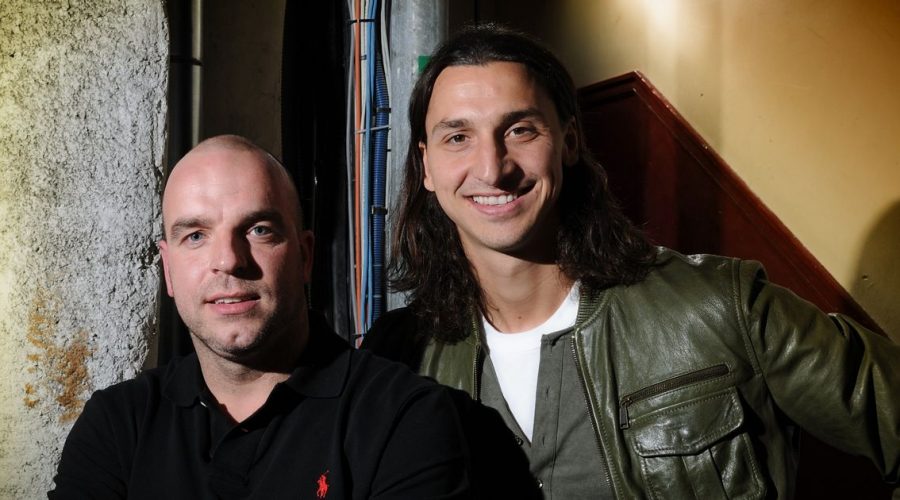 Everton hero Andy van der Meyde has recalled kissing Zlatan Ibrahimovic while he was asleep on Ajax's team bus – which triggered a furious reaction from the Swede.

Van der Meyde, who racked up 24 appearances during his four-year spell at Everton, shared a dressing room with Ibrahimovic between 2001 and 2003 at Ajax.

He has previously spoken about his complex relationship with the outspoken striker, revealing that he often threatened to break his team-mates' legs.

And now Van der Meyde has opened up on another story about Zlatan, who threw a couple of punches when he kissed him on the team bus. Speaking on Dutch TV show VTBL, the former Netherlands winger said: "I used to sit next to Zlatan on the bus when we were at Ajax.

"One time when he was sleeping I got gay tendencies and I just kissed him on the mouth.

"Seconds later I got a few punches thrown at me."

Where do you rank Zlatan Ibrahimovic amongst the best strikers of the 21st century? Let us know in the comments section below. Ibrahimovic has proved a hot-headed character throughout his iconic 22 year career, particularly in his time at Ajax.

Van der Meyde admitted in a 2019 interview with FourFourTwo that the 6ft 5in frontman often made dangerous threats to break his team-mates' legs in training.

“Yes, he did say that, but Zlatan said it to everyone," he said. “It's also true that around that time things just weren't working between the two of us.

“But I would rather be in a team with people who are honest, like him, even if it means there are a few arguments.

“But there wasn't a specific moment we fell out. We generally didn't get along well.” Ibrahimovic scored 48 goals in 110 games for Ajax before securing a move to Juventus in 2004.

He has since represented a host of world-class clubs, including Inter Milan, Barcelona, Manchester United, AC Milan and Paris St-Germain.

July 18, 2021 Soccer Comments Off on Everton hero admits he once had ‘gay moment’ with Zlatan and got a punch for it
NFL News