Everton could replace Marco Silva ahead of the Merseyside derby with Liverpool, with reports stating plans are already in place for a new temporary management team for the clash on Wednesday. The task of getting a result at Anfield is a daunting one, particularly given how Jurgen Klopp’s side have started the season, dropping just two points from a possible 42.

Silva is facing a fight to keep his job after his side were beaten 2-1 at Leicester in the last minute, courtesy of VAR.

Toffees chiefs met to discuss his future last week after his side were booed off in the 2-0 defeat to Norwich.

Although the performance was much better at the King Power Stadium, it’s a defeat that leaves Everton in 17th place, similar not good enough for the required standards.

According to the Daily Mail, Everton have contingency plans in place to put Duncan Ferguson in the dugout if they decide to sack the Portuguese.

He was initially given two more games to save his job, but this result could force the hierarchy into action. 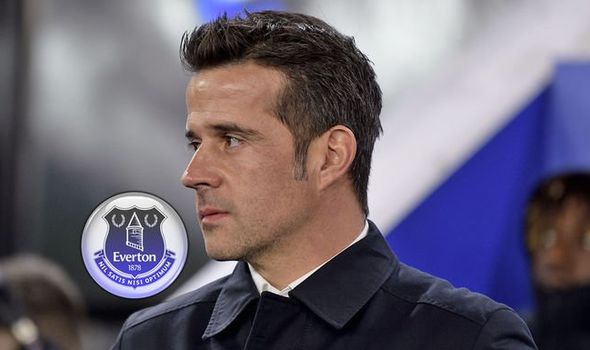 He is a cult hero amongst supporters and his presence could be what’s needed to help lift the players.

Beyond that, a number of candidates have emerged as potential replacements.

Eddie Howe is a boyhood Everton fan and seems to have take Bournemouth as far as he can.

He is the favourite for the job and would bring an attacking brand of football if appointed on Merseyside.

David Moyes has also been linked with a surprise return on a temporary basis to allow the club some thinking time.

Mikel Arteta is also in the frame, but is also in contention for the Arsenal job.

The Spaniard left Everton for the Gunners as a player and is learning his trade as a coach at Manchester City where he is the assistant manager to Pep Guardiola.

Silva revealed after the game that he will prepare for trip to Anfield as normal. 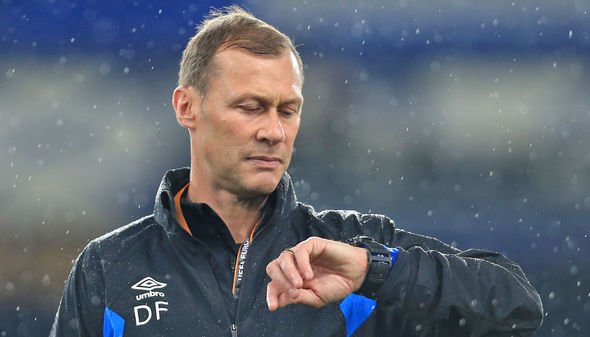 “It is our obligation as a club to do that [go with belief],” he said.

“We know they are in good moment.

“Everything today and last season as well should give confidence, we can go there- it will be tough but we go there to fight and with the commitment of this afternoon.

“We should improve results and we are working to improve the results.

“I am the first one working to improve results.”