Eighteen-year-old Daniel Maldini, the son of AC Milan great Paolo, made his debut for the Rossoneri right at the end of a 1-1 draw with Hellas Verona. 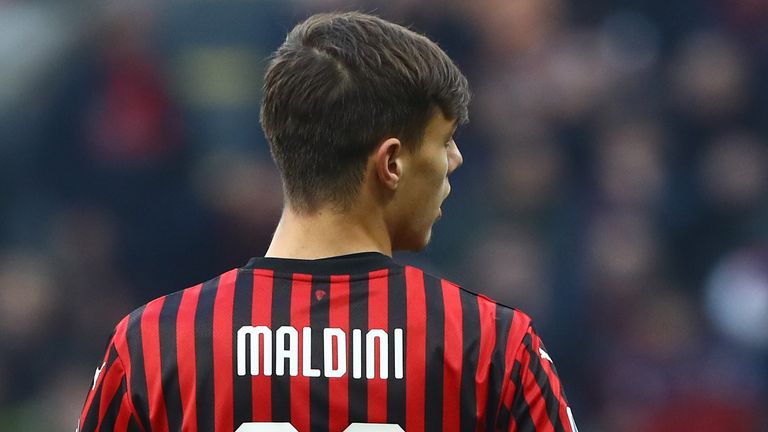 Christian Eriksen and Victor Moses made their Serie A debuts as Romelu Lukaku scored twice in a 2-0 win at Udinese that restored Inter Milan to second place. 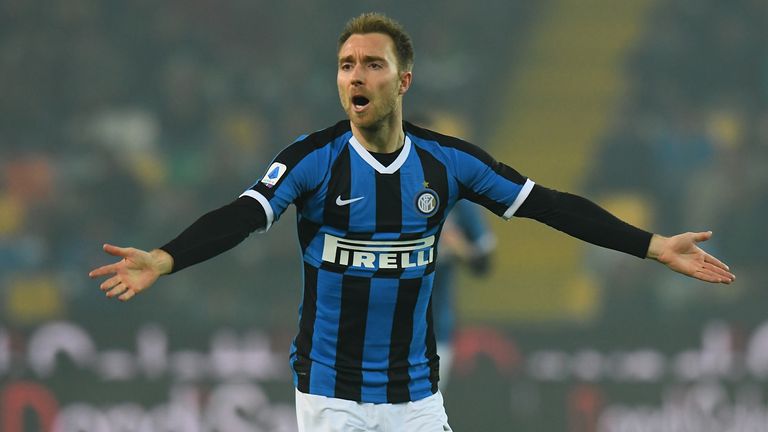 Ashley Young and Alexis Sanchez were also involved in the Premier League old boys’ reunion, but the Chilean missed a good chance just before his former Manchester United team-mate Lukaku broke the deadlock in the 64th minute. Lukaku made it two with a penalty when Sanchez was wiped out by Juan Musso in the box. 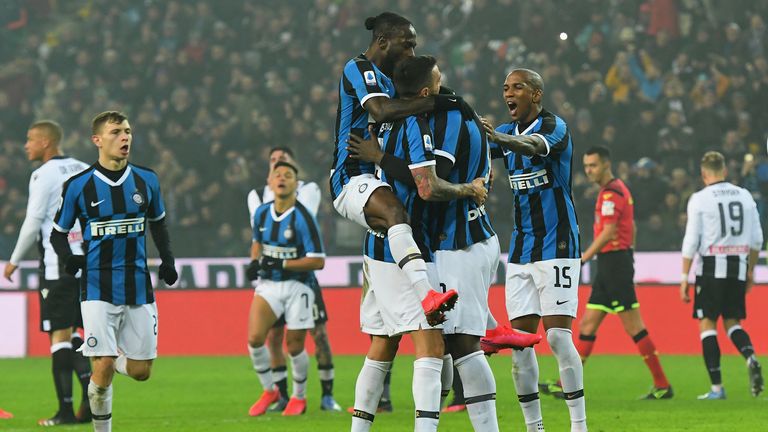 Lecce improved their chances of securing a second top-flight season by smashing Torino 4-0 with goals from Alessandro Deiola, Antonin Barak and Filippo Falco, and Gianluca Lapadula’s spot-kick. It was the southerners’ first home win in 11 attempts following promotion.

Elsewhere, 10-man Genoa held Atalanta to a 2-2 draw in Bergamo. 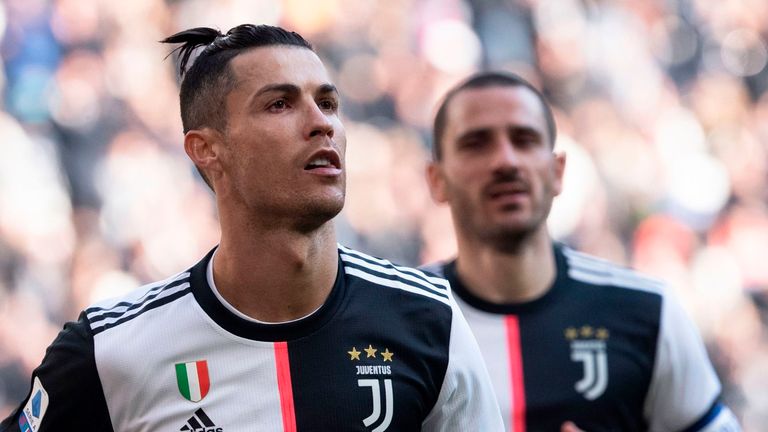 Cristiano Ronaldo converted two penalties in a 3-0 win over Fiorentina to match a Juventus goalscoring record and bring up the latest milestone of his illustrious career.

Ronaldo struck from the spot in each half (40, 80) to stretch his scoring streak to nine successive Serie A games, equalling a club record held by former striker David Trezeguet.

The Portugal international, whose double brought up the landmark of 50 goals for the Turin club, is two away from the Serie A record held by former Fiorentina striker Gabriel Batistuta, who struck in 11 straight matches in 1994.

Good to get back to victories and happy to score again in our stadium!⚽⚽
Proud to reach 50 goals with the bianconeri shirt!💪🏽#finoallafine #forzajuve pic.twitter.com/pzBrER9Uzt

Fiorentina held their own for much of the game but Ronaldo’s cool head, plus a stoppage-time third from defender Matthijs de Ligt (90+1), ensured Maurizio Sarri’s leaders bounced back from last week’s 2-1 defeat by Napoli.

“Ronaldo keeps on scoring and that is good for his state of mind,” said Sarri. “He’s in great physical shape and is making the difference. The other forwards also did well and the problem is who to leave out.” Ansu Fati was Barcelona‘s hero as two goals in two minutes were enough to see off Levante 2-1, with Ruben Rochina halving the deficit with mere seconds remaining at the Nou Camp.

Getafe continue to make an unlikely push for Champions League football and reached third as Denis Suarez turned in a Deyverson assist and Jaime Mata slotted home a penalty for a 2-0 victory at Athletic Bilbao.

Their top-four rivals Sevilla lost ground as Lucas Ocampos salvaged a point from a 1-1 draw with Alaves by levelling from the spot after Joselu had given the Babazorros a 70th-minute lead.

Villarreal made it back-to-back wins as Santi Cazorla’s penalty rubber-stamped a 3-1 success against Osasuna, while Eibar and Real Betis could not be separated in a 1-1 stalemate.

Wins for Cologne and Wolfsburg 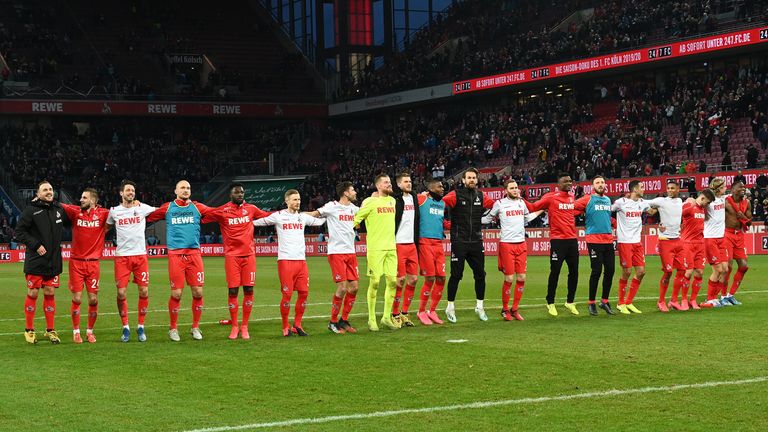 Daniel Ginczek’s double helped Wolfsburg climb to ninth in the table on the back of 4-2 win at basement boys Paderborn, who had Gerrit Holtmann sent off in the first half.

Revenge for Nice against Lyon Kasper Dolberg bagged a brace as Nice avenged their midweek Coupe de France defeat by Lyon with a 2-1 home victory over Les Gones.