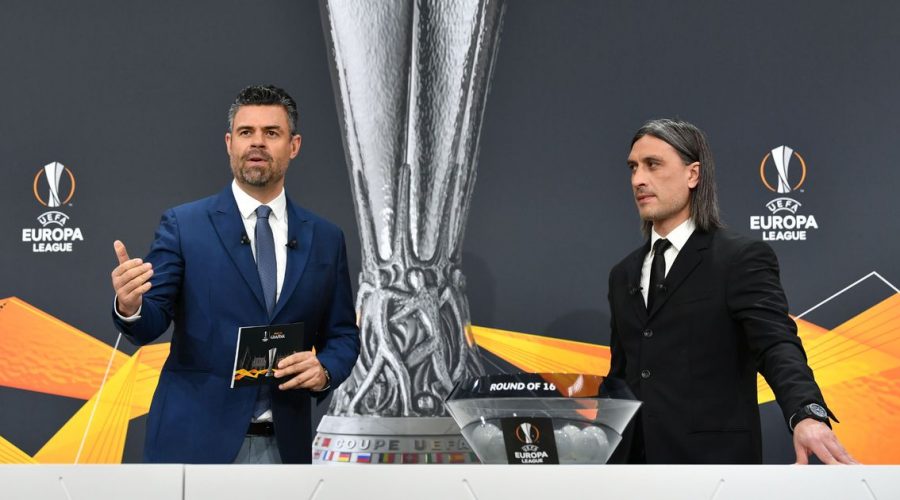 Four British teams are down to two as the draw for the quarter-finals of the Europa League is made on Friday.

Manchester United and Arsenal were able to squeeze past AC Milan and Olympiacos respectively, but others weren't so lucky.

Tottenham blew their 2-0 lead as they went out against Dinamo Zagreb, while Rangers were on the wrong end of the result in a fiery clash with Slavia Prague.

The exciting news is that there are no further restrictions, so a blockbuster clash between the two remaining Premier League representatives could happen.

Among the international entrants Roma and Ajax are the headline sides.

TV and live stream: The draw will be shown on BT Sport. It will be streamed on the UEFA website.

Unai Emery won three Europa League titles with Sevilla, and could come up against his former side Arsenal in the quarter-finals.

Who are the side to beat?

Arteta taking nothing for granted

“People take for granted that you play against any opponent and you’re going to be through because of the name of the club they represent. It’s not like that.

"Every team in Europe is really difficult to beat.”

United on the charge

Solskjaer said after United beat AC Milan at the San Siro: "There are many good teams left. You have to be spot-on. In a cup competition anything can happen.

"We’re through, we’re confident, we’re happy and looking forward to the draw."

Spurs were shocked by Dinamo Zagreb

All eyes on the last eight!

How the draw will work

There will be a free draw for the quarter-finals, with ties numbered 1–4 for the semi-final draw that follows.

A draw will also be made to determine the 'home' side in the final for administrative reasons.

There are no seedings or country protection. Any restrictions will be announced ahead of the draw.

When do ties take place?

Who are you backing?

Manchester United and Arsenal are among those who will learn their quarter-final and potential semi-final and final opponents from 12pm today, with Champions League qualification at stake.

The other sides in the draw are Ajax, Dinamo Zagreb, Granada, Roma, Slavia Prague and Villarreal.