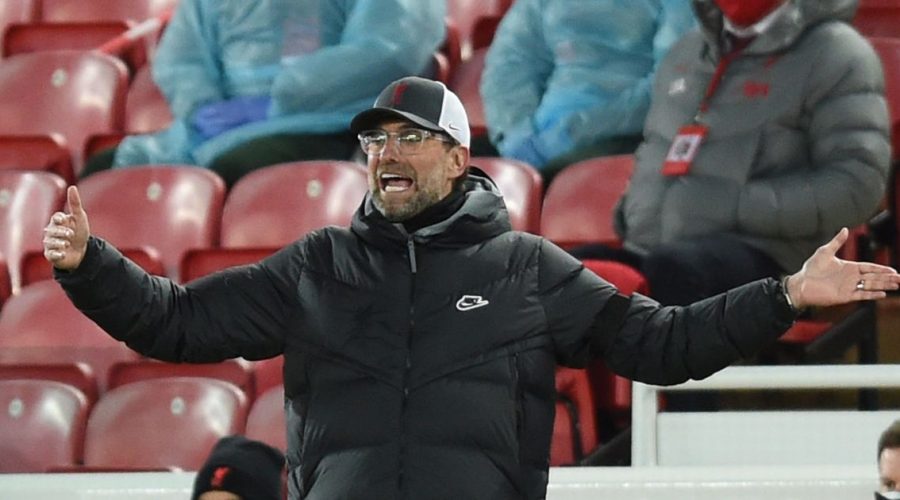 Liverpool lost a fifth straight home game for the first time in their history on Wednesday night.

Chelsea's 1-0 win has further dented the Reds' Champions League ambitions as they languish in seventh having played a game more than many of their rivals.

Jurgen Klopp's side could still be involved in European competition next season however, even if they remain where they are.

UEFA will run three club competitions next season for the first time in over two decades with the Europa Conference League making its debut.

In total 184 teams will be involved over the course of the season including at least one from each of the 55 associations.

46 clubs from either the Champions League or Europa League will also be involved.

England will have one representative in the tournament – the Carabao Cup winner of the previous season.

The team who wins the EFL Cup will qualify for the following year’s Europa Conference League, entering at the play-off phase, the round before the group stages.

But should that team qualify for Europe through their final position in the Premier League – as has been the case every year since 2013 – then the team who finishes sixth in the top-flight will represent England in the play-offs.

However that will drop to seventh if a top six team wins the FA Cup – which has been the case every year since Wigan's shock success in 2013.

It means Tottenham, who are underdogs to beat Manchester City in the Carabao Cup Final, could qualify for the Europa Conference League.

Liverpool's lowest finish under Klopp is fourth – excluding the eighth place finish they recorded when he took over from Brendan Rodgers in October 2015.