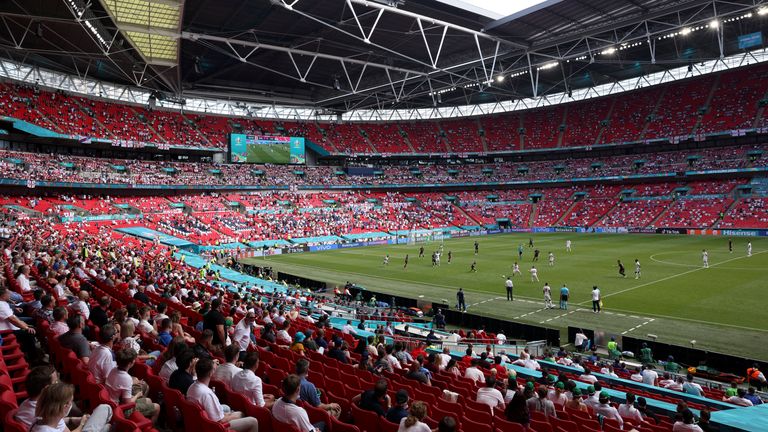 Boris Johnson says “sensible accommodations” can be made amid government talks with UEFA over whether VIPs and foreign fans will get special access to England for key Euro 2020 matches.

The Prime Minister confirmed discussions with the European governing body were being held over the Euro 2020 semi-finals and final, which are due to be held at London’s Wembley Stadium next month – but he insisted that public health would be the “priority”.

Under the plans being discussed, thousands of VIPs – including senior UEFA and FIFA officials, politicians, sponsors and broadcasters – could be allowed into England without having to quarantine.

UEFA is also demanding that fans of participating teams be allowed to attend the London matches without quarantining and has referred to a “contingency plan” to relocate the matches.

It has been claimed Wembley’s showpiece games could be moved to Hungary, where COVID rules are more relaxed, should a deal not be struck. Asked if the government would allow quarantine exemptions for UEFA VIPs and fans, Mr Johnson said: “We’ll do what we have to do to keep the country safe from COVID, that’s obviously going to be our priority.

“We’ll be talking to UEFA about what they want and see if we can make some sensible accommodations.

“But the priority obviously has to be public health.”

Under England’s current border restrictions, only those travelling from 11 “green list” countries are not required to quarantine on their arrival.

These include a number of south Atlantic islands as well as countries – such as Australia and New Zealand – that are currently not allowing international travel.

No countries competing at Euro 2020 – apart from England, Scotland and Wales – are on the travel green list.

Sky News understands ministers are still working to negotiate a “sensible compromise”, although no decisions have yet been taken on any possible exemptions for the Wembley games.

A government source told Sky News: “We are looking for a sensible compromise on VIPs, looking at where they are coming from, and what mitigations can be put in place at tournament hotels.

“But fans travelling is far more challenging, and would be in any country. 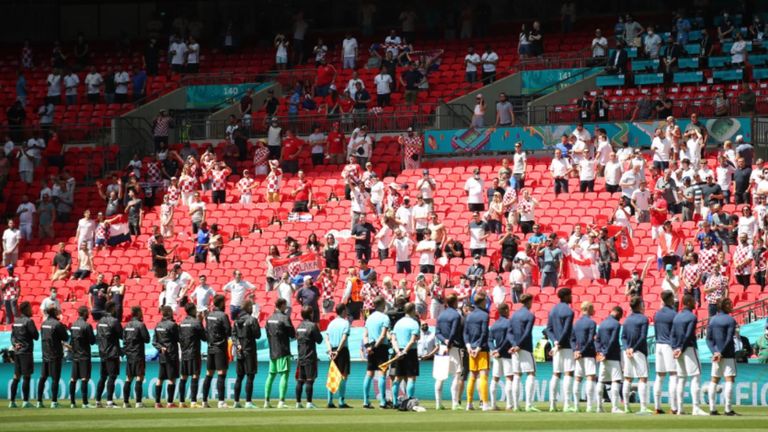 “We understand that the tournament organiser has corporate partners and part of that role is maximising attendance, but we wouldn’t do anything to jeopardise public health.”

Any move to exempt VIPs or foreign fans from quarantine rules could prompt a public backlash, with many Britons having been left unable to book a foreign holiday this summer due to the limited number of countries on the green list.

And many in the UK are yet to be able to travel abroad to reunite with family and friends in other countries.

Liberal Democrat leader Sir Ed Davey told Sky News the proposal of special access for VIP visitors for Euro 2020 “does not sound fair at all”.

“It’s part of the way this Conservative government operates – there’s one rule for their friends and another rule for the rest of us,” he said.

“We saw that with Dominic Cummings during the pandemic who broke all the rules and didn’t pay the price.

“So often with this Conservative government, if you’re friendly with them you get special favours – that is not the way to do politics.” 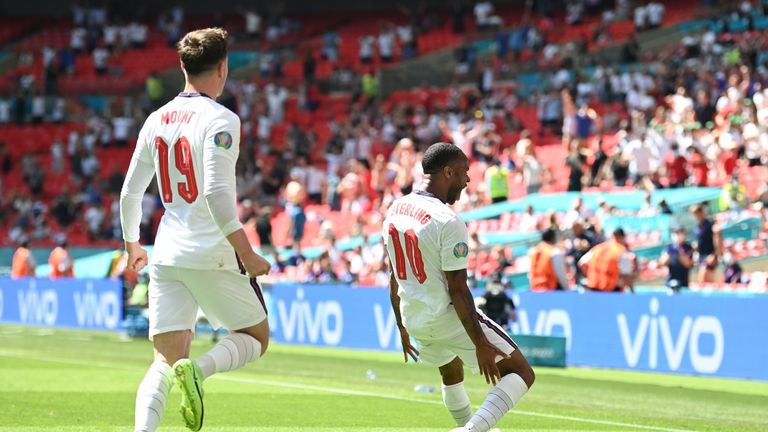 Despite the Prime Minister having delayed the final easing of lockdown rules, which had been due on June 21, the semi-finals and final of Euro 2020 at Wembley will have crowds of up to 45,000.

UEFA confirmed they were in talks over how to allow fans of participating teams to attend games at Wembley.

They acknowledged there was a “contingency plan” for moving showpiece matches from Wembley, but said they were “confident” the games would be played in London.

“UEFA is delighted that the capacity at Wembley will go up to at least 50% for the knock-out round matches,” a spokesman said.

“At the moment, we are in discussions with the local authorities to try to allow fans of the participating teams to attend the matches, using a strict testing and bubble concept that would mean their stay in the UK would be less than 24 hours and their movements would be restricted to approved transport and venues only.

“We understand the pressures that the government face and hope to be able to reach a satisfactory conclusion of our discussions on the matter.

“There is always a contingency plan but we are confident that the final week will be held in London.”

This year’s Champions League final – between English clubs Chelsea and Manchester City – was held in Portugal and not at Wembley, as had been floated, after UEFA and the UK government failed to reach agreement on quarantine exemptions.