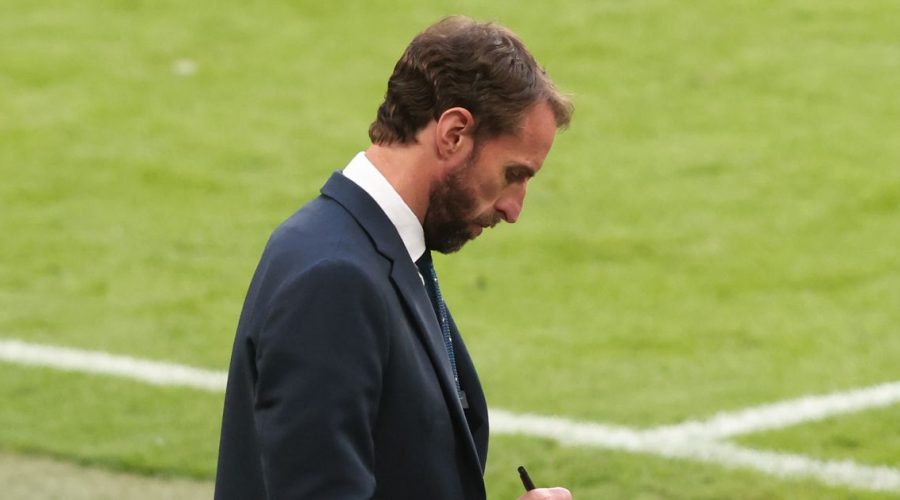 Euro 2020 has waved goodbye to its first eight teams; Turkey, who were brandished with the title of 'dark horses', disappointed as they finished at the bottom of Group A – without a win.

Robert Lewandowski is also done for the summer after his Poland side propped up Group E.

Scotland crashed out of Group D, however, they did frustrate their old rivals England, in a bore draw at Wembley on match-day two.

And, now, with 16 teams remaining at Europe's festival of football Daily Star Sport has ranked all the managers who are at the helm of their respective sides.

Franco Foda spent fourteen years of his managerial career at Austrian side Strum Graz: he managed their amateur side, their second team, and he was an assistant before landing the top job.

Despite his prolonged spell at the club, he only managed one title victory – in 2010/11 – largely thanks to the emergence of Red Bull Salzburg, who have since monopolised the Austrian scene.

As a player, Foda managed two national team appearances – for West Germany – putting him in the unique club of leading a different national side to his own.

Do you agree with our list? Let us know in the comments section

Czechia have been one of the surprise packages of Euro 2020, a wondergoal from Patrik Schick ensured a victory against Scotland.

And they held the 2018 World Cup finalists, Croatia, to a 1-1 draw on the second match-day, seeing their progression to the knockout rounds confirmed.

Silhavy is a journeyman coach, and he has been in the dugout for sides such as Slavia Prague, Dukla Prague, and Victoria Plzen.

He also spent eight years as Czechia's assistant manager between 2001 and 2009.

When Andriy Yarmalenko scored for Ukraine during their opening clash of Euro 2020, it was the first goal scored, at the Euros, for the Eastern Europeans since their manager in 2012.

Shevchenko is the finest player Ukraine has ever produced, and he was a star at AC Milan and Chelsea during his playing days.

In 2004, he claimed the Ballon d'Or, and Shevchenko has won almost every title under the sun, however, he is yet to translate that success into his managerial career.

Ukraine sneaked through the group stage – in third place – with three points.

Vladimir Petkovic was born in Bosnia & Herzegovina – then part of Yugoslavia – however, he emigrated to Switzerland during the Yugoslavian Civil War, and he has since become a Swiss citizen.

Petkovic has two accolades to his name: one league title in the fourth tier of Swiss football, and a Coppa Italia, in 2013, with Lazio.

Switzerland faced a tough Italian in the group stages, and they are dependant on the fitness of Breel Embolo to succeed.

They face a France – who are the favourites – in the knockout stages. Janne Andersson is the only name on this list to have once held the position of a player-manager, which he did – twice – at Alets IK and Laholms FK.

Andersson had only managed in his homeland before he landed the Sweden job, and in that time, he won the Allsvenskan once – in 2015.

In November 2018, following the World Cup, Andersson was named by FourFourTwo as the 17th best manager in the world.

And, he has led Sweden to the knockout phases once again in 2020. Rob Page is a name familiar to Watford fans; he was crowned their player of the season during the 99/00 season, and he made 215 appearances for the side.

Page's previous managerial experience, before the Wales job, featured Port Vale, Northampton, and the Welsh U21 side.

He was handed Wales' top job last November – after Ryan Giggs' arrest – and he has overseen Wales in World Cup qualification as well as the Nations League.

Ultimately, there isn't too much to Page's CV, however, his Welsh side has impressed with their performances thus far.

Before taking the Croatian job, Dalic had spent the majority of his managerial career in the Middle East.

At the helm of Al-Hilal, he won the Saudi Crown Prince Cup; whilst at Al-Ain, he the claimed UAE Pro-League and second spot in the 2016 AFC Champions League.

He translated his success in the UAE to Croatia, and he led his homeland to their first World Cup in 2018, where they fell short to a rampant French side.

Croatia aren't the same side they were three years ago, and their starts are ageing, but Dalic is still getting the best out of his side.

Football's coming home, and all of that with our Gareth at the helm.

Two events define Southgate's time in football: his crucial penalty miss against Germany at Euro 96, and him leading England to the World Cup semi-finals in 2018.

Southgate has the chance to banish his Euro 96 demons when England face Germany on Tuesday at Wembley.

Three years ago, Denmark had turned their back on their football team, players refused to play – over a wage dispute – and a team of futsal players were fielded.

Euro 2020 has seen the Danish team recapture the hearts and minds of a nation – and then of Europe.

Hjulmand has been at the centre of it all; after the shocking scenes of Christian Eriksen, Hjulmand proved he was the right man for the job.

Denmark has played progressive attacking football under Hjulmand, who only took over in 2020, and his biggest accolade beforehand was a Danish Superliga title.

The defending champion, or was it Cristiano Ronaldo? It was hard to tell with the Juventus megastar calling the shots on the sideline.

Either way, Santos is a winner, and he's proven that thanks to Eder's last-minute winner at the 2016 Euros when Portugal swept aside the hosts in Paris.

Santos has also had spells at Greece, Benfica, and Porto.

Portugal progressed from the 'group of death' into the knockout rounds, and Santos' men have already faced France and Germany this summer.

Best known to English fans for his disastrous spell in charge of Crystal Palace for a fleeting minute in 2017, fortunes have since changed for the Dutchman.

De Boer was a standout for Ajax, and part of their 1995 Champions League victory, before he moved onto Barcelona at the turn of the century.

He was handed the Netherlands top job in 2020, and he has since led the Oranje to their first international tournament since the 2014 World Cup.

The Netherlands looked formidable in the group stages, and they face Czechia in the Round of 16. Roberto Martinez is one of many names that has been linked with the Spurs job this summer, but, at the moment, he has a tougher task: leading Belgium's golden generation to their first title.

However, under the watchful eye of the Belgian, the Red Devils have made the top spot of the FIFA world rankings their own.

And this summer may be the last chance for Belgium, as their stars head towards the end of their careers.

Robert Mancini has always looked suave on the touchline, even when he was sprinting full gas to celebrate Sergio Aguero's title-winning goal.

At Manchester City, he won the Premier League title; at Inter Milan, he won the scudetto three times in a row.

However, Euro 2020 looks to be Mancini's masterpiece: Italy, despite not qualifying for the last World Cup, are playing like World Champions.

The Azzurri created a bit of history – on Sunday – when they became the only side in the history of the Euros to win all three of their group stage fixtures without conceding a goal.

One last ride for Joachim Low; he will step down from Germany's top job at the end of Euro 2020 – should he win or should he lose.

Low already has a World Cup in his locker, however, the European Championships has always eluded the German manager.

Low took the Germany job in 2006, following their home World Cup, and he has lead Die Mannschaft into every major international tournament since.

Germany face England in the Round of 16, and they won the last meeting between the two, with Low in the dugout.

The man that introduced us to MSN (Messi, Suarez, and Neymar), oh, and he won quite a few titles before he took the Spanish job in 2019.

Quite the CV for a man who, as a player, bridged the Barca Real Madrid divide by representing both clubs, and was selected on Pele's FIFA 100 list… alongside El-Hadji Diouf.

Spain took a while to get out of first gear, but their swashbuckling style was in full flow against Slovakia on Wednesday evening.

Didier Deschamps is on the cusp of history with France; should he win the Euros, he will become the first person in history to win both the Euros and World Cup as a manager and a player.

As a player, Cantona once labelled Deschamps as a 'water-carrier' and a 'domestique' – however, any Frenchman will tell you the importance of a domestique at the Tour de France.

Deschamps has been central to France's success, and he's quelled egos that once ran wild and introduced new stars to the squad.

France will face Switzerland in the Round of 16.