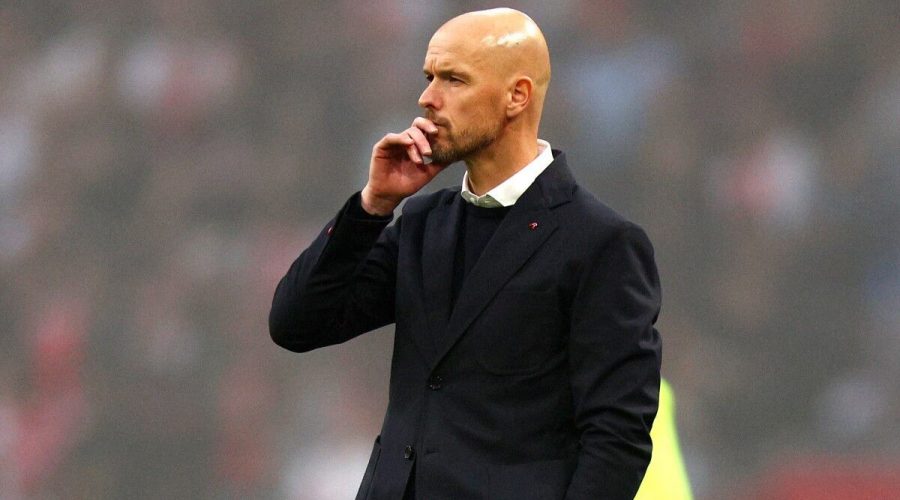 Erik ten Hag’s determination to strike a deal for Barcelona star Frenkie de Jong would go some way to solving a fundamental issue that Rio Ferdinand identified with the Manchester United squad last year. Ferdinand claimed that United’s problems went far beyond just personnel issues and that United needed extensive surgery to improve their fortunes on the pitch.

Speaking after United’s dismal defeat to Leicester earlier this season, Ferdinand said: “We’ve all cried out, all of the Man United fanbase are saying a defensive midfielder’s needed. Watching the last few games. I don’t even think that player covers over the cracks. I just think no player, no one player can absolutely change everything if the structure of the team isn’t working to the fundamentals or has no foundation.”

Although Ferdinand’s comments weren’t well received at the time, it appears that Ten Hag is of a similar opinion given that he has reportedly made signing De Jong his number one priority this summer.

It had seemed as though a deal for the Dutch playmaker was out of the question following United’s failure to qualify for the Champions League. However, the 25-year-old has reportedly had a change of heart and a blockbuster £70million transfer appears to be edging closer.

While De Jong has the technical prowess to sit deep and pull the strings in midfield for United, he isn’t the type of enforcer that United have been urged to sign. But Ten Hag knows the Dutch international well from their time together at Ajax, where De Jong was fundamental to the attractive, attacking style of play that the new Manchester United boss implemented in Amsterdam.

Ten Hag will be looking to give United a proper identity after the ill-fated stint of interim chief Ralf Rangnick, who was unable to stamp his mark on a United side that limped to their worst-ever finish in the Premier League era.

On paper, signing one of his most trusted lieutenants from his time at Ajax should make it far easier for Ten Hag to instil his ideology on a United squad that lacked any sort of identity or plan for the majority of last year.

According to a new report from The Telegraph, Ten Hag actually believes that a dearth of creativity in midfield is United’s major problem; an issue that he is hoping to resolve with the signing of De Jong.

Regardless of whether or not United need to add more creativity or more steel to their engine room, De Jong would represent a major upgrade on Manchester United’s current midfield options – if Ten Hag can once again build a system to get the best out of his former Ajax lynchpin and the players around him.